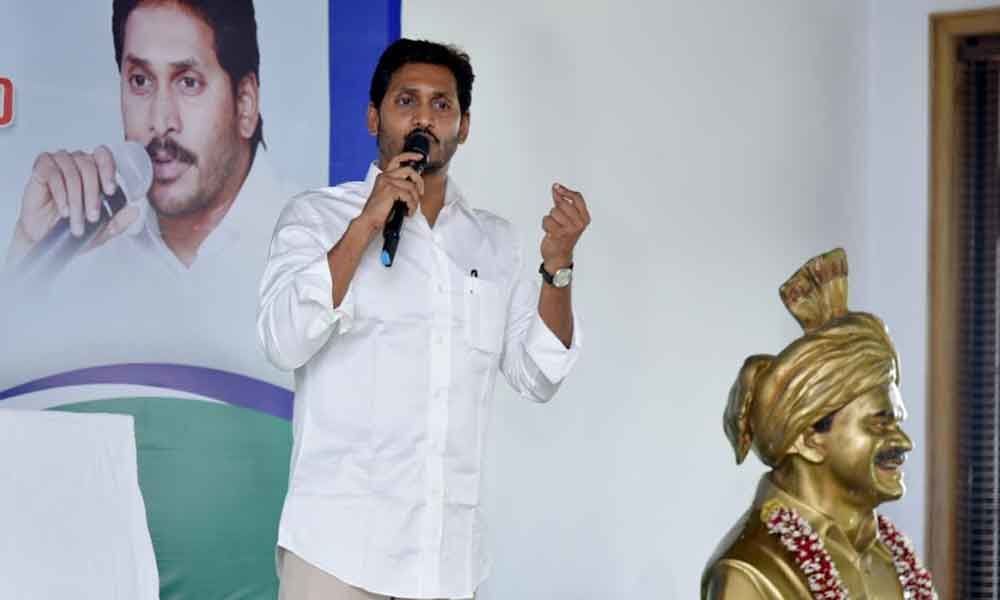 The arrangements are going on in full swing for the swearing-in ceremony of 25 Cabinet Ministers of AP Chief Minister YS Jagan Mohan Reddy near the premises of the state Secretariat in Amaravati.

Amaravati: The arrangements are going on in full swing for the swearing-in ceremony of 25 Cabinet Ministers of AP Chief Minister YS Jagan Mohan Reddy near the premises of the state Secretariat in Amaravati.

The two Telugu states Governor ESL Narasimhan will administer the oath to the new Ministers on Saturday at 11:49 am.

The YSRCP general secretary Talasila Raghuram, Guntur Parliamentary Party President Lella Appi Reddy have overseen the ongoing preparations and discussed with the officials over the arrangements of galleries, barricades, and parking slots at the ground near Secretariat.

Guntur Joint Collector Himanshu Shukla said that nearly 5,000 members may attend for the swearing-in ceremony of the Cabinet ministers.

He said the invitees can reach the venue in two ways. JC also said that the passes are already issued and the tight security arrangements are made with 1500 police personals for the event.

The auspicious time for the oath-taking ceremony was fixed by Swamy Swaroopanandendra Saraswati after CM YS Jagan visits Saradha Peetham in Visakhapatnam.

On the other side, CM YS Jagan has taken the sensational decisions over the Cabinet expansion at YCPLP meeting on Friday.

Where YS Jagan decides to form the full Cabinet with 25 Ministers, which includes 5 Deputy Chief Ministers posts. He also clarified that half of the Cabinet members will be from ST, SC, BC, and Minority background.

During the meeting, CM declared that after two and a half years he is going to change 90 percent of the Cabinet ministers and will be given the opportunity to new members.