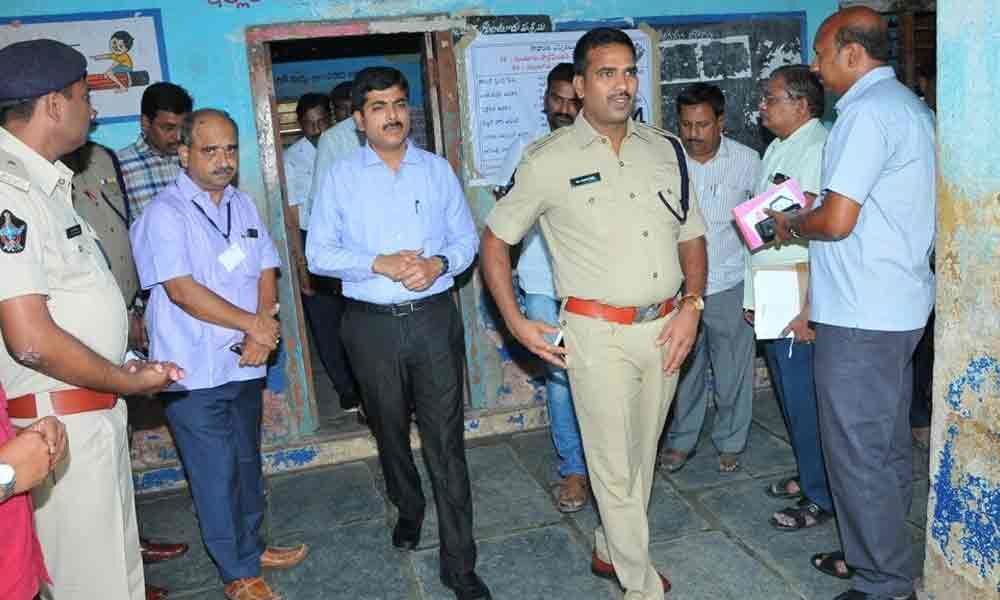 He instructed the officials to complete the arrangements at the earliest. Similarly, the ECI is conducting the re-polling at Inumetla under Rajupalem mandal of Sattenpalli Assembly constituency on May 6.