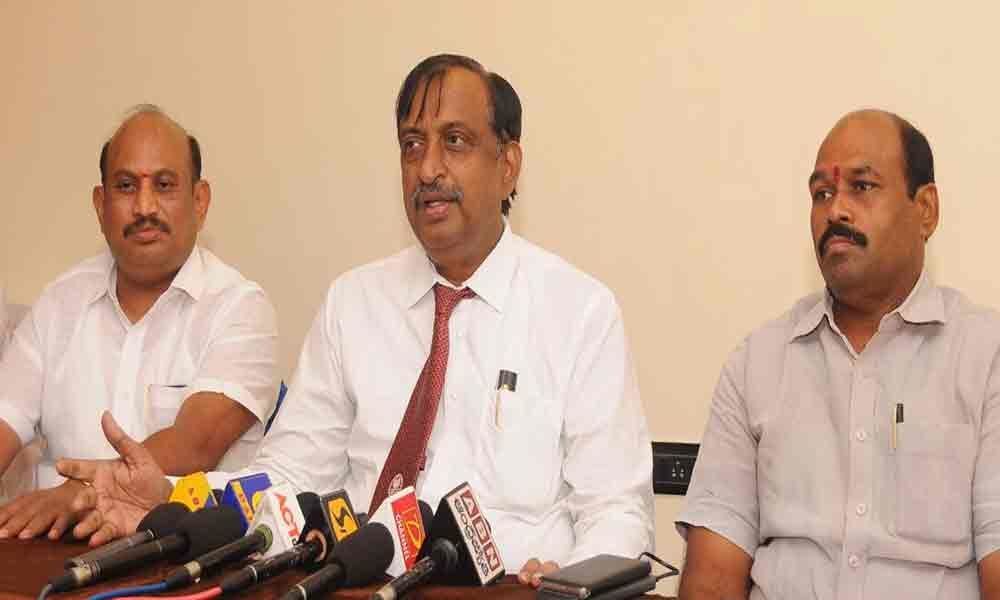 Vijayawada: The Andhra Pradesh Arya Vysya Mahasabha president P Subbarayudu on Sunday demanded that the YSRCP West constituency MLA Velampalli Srinivas should be inducted in the state cabinet. He said Velampalli is a hard worker and strived for the welfare of the poor.

Addressing the media, Subbarayudu congratulated YS Jaganmohan Reddy for his landslide victory in the Assembly elections. He said Vellampalli is always available to the people of West constituency and he knows the problems in the constituency and the people.

He on behalf of AP Arya Vysya Mahasabha appealed to the YSRCP president Jaganmohan Reddy to consider Vellampalli for ministry in the cabinet, which will be announced shortly. He further said that, according ministry to Vellampalli he would do justice to Arya Vysya community along with other community people. Andhra Pradesh Arya Vysya Maha Sabha leaders Satyanarayana, Gopala Krishna, Venkateswara Rao and others were present.