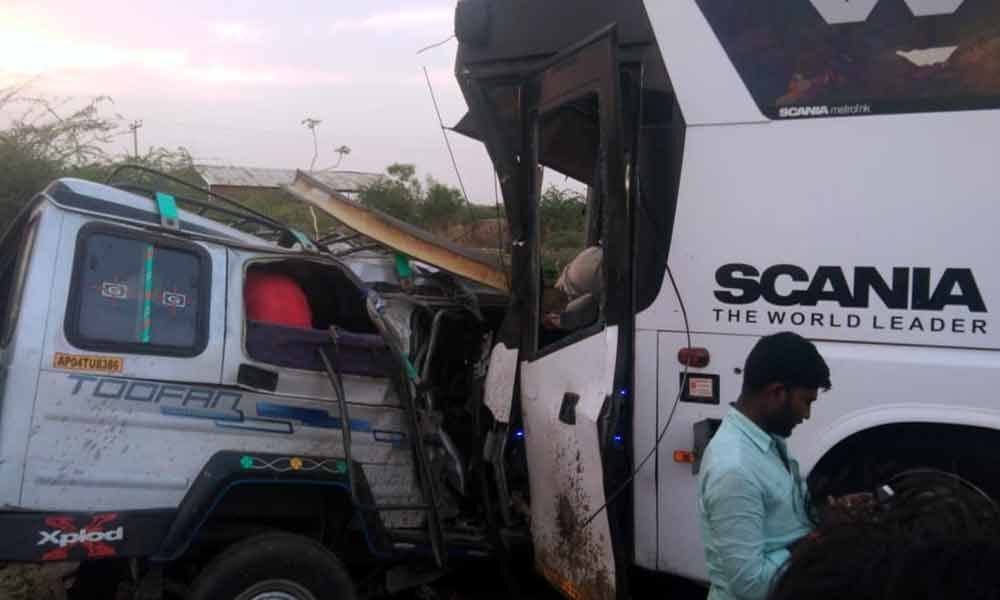 Banglore bound SRS travels bus has hit a toohfan transport vehicle coming from the opposite side near Veldurthi check post.

Kurnool: Banglore bound SRS travels bus has hit a toohfan transport vehicle coming from the opposite side near Veldurthi check post.

In the ghastly around 16 persons boarded the toohfan vehicle has met unfortunate death and three more were known to have suffered severe injuries.

The injured were immediately rushed to Kurnool General hospital for treatment. A priliminary source revealed that the people boarded in the transport vehicle were known to be the residents of Santhinagar, Aieza in Gadwal Jogulamba District of Telangana state.

On learning about the incident, the Dhone DSP, S Khader Basha and his team rushed to the spot and indulged in rescue operations. 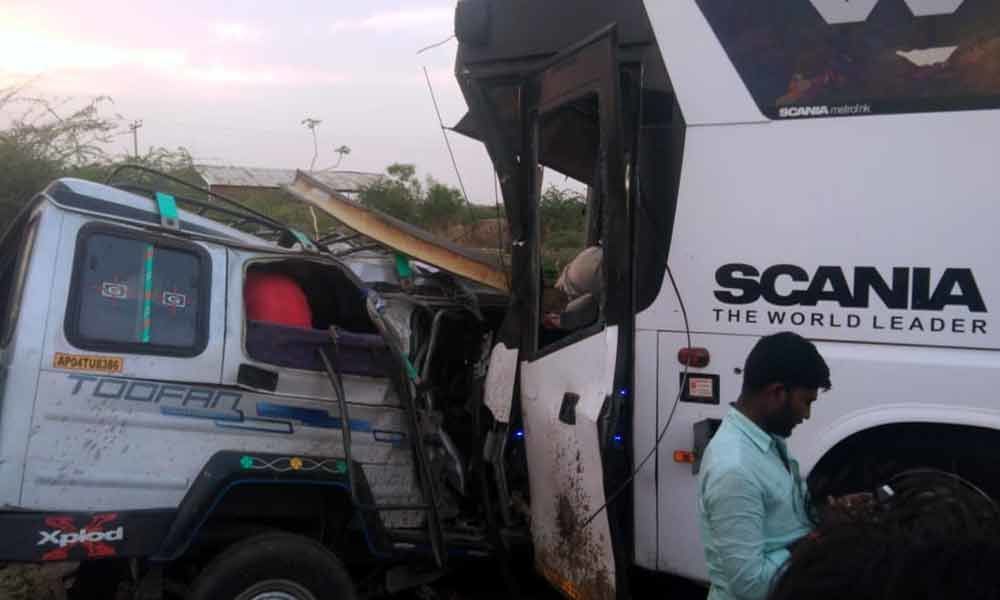 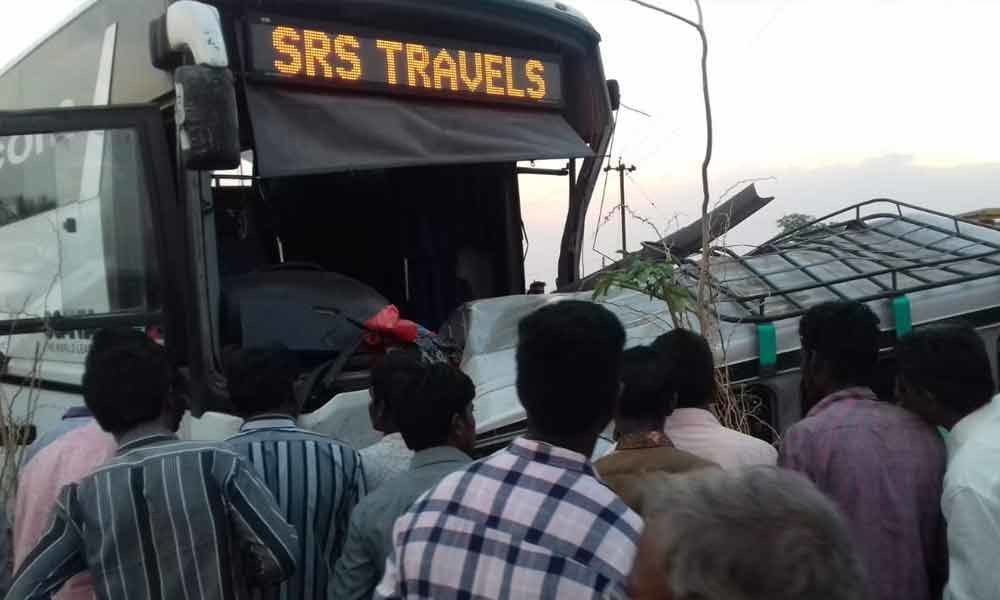