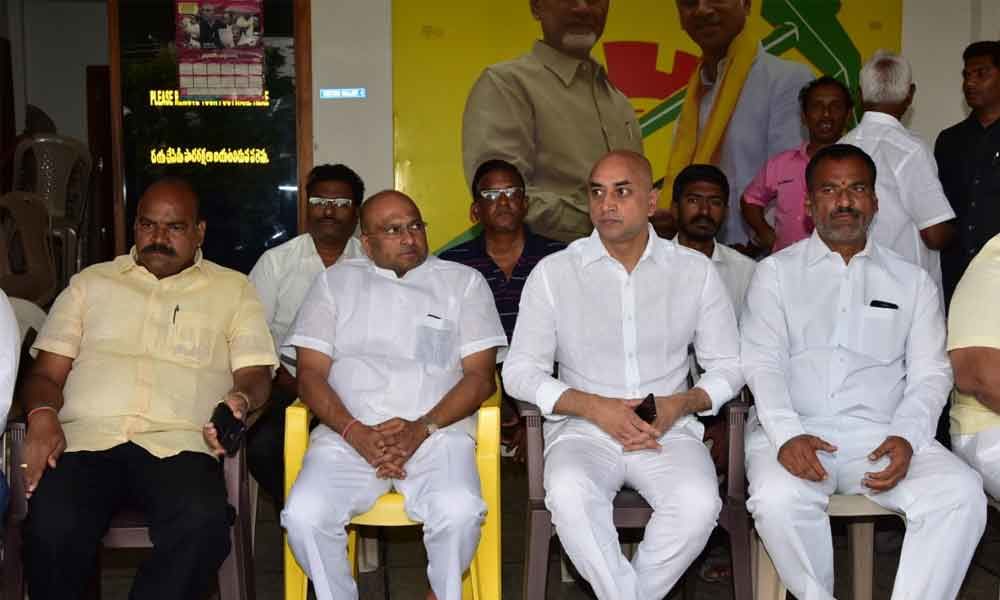 The tension broke out at the residence of Guntur MP Galla Jayadev when he came out in support of Amravati farmers and was blocked at his home by the...

The tension broke out at the residence of Guntur MP Galla Jayadev when he came out in support of Amravati farmers and was blocked at his home by the police. He was outraged at the way the police were acting and sought the notices if had resorted to any crime.

He condemned the police act of tieing ropes to his residence gate and termed it to be a malicious act and continued his protest at his residence with supporters and activists in support of the capital's farmers.

"The government is acting upon vengeance against the opposition leaders by provoking police," Jayadev fumed. He asserted that arresting farmers who are holding protests peacefully is a brutal act, and it's a dark day for the state.

Speaking about committees constituted for capital, the MP has said the committees would give its reports in the lines of CM Jagan Reddy's decision and it has no sanctity.

Former minister Pattipatti Pullarao in Chilakaluripete and former minister Devineni Umamaheswara Rao in Vijayawada has been under house arrest. Police were deployed at TDP leaders houses. Also, the police have blocked the farmer at Chinnakakani who are holding Vanta Varpu to serve 2000 protestors.