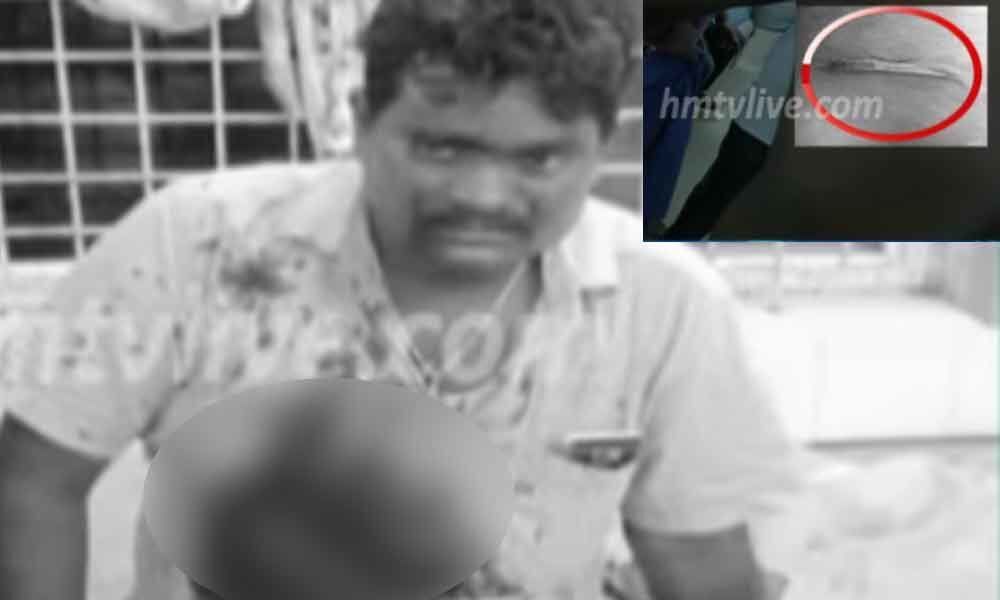 The blade batch hulchal is again back in Vijayawada. Recently, the batch has attacked two brothers at Nehru Nagar here in the city.

Vijayawada: The blade batch hulchal is again back in Vijayawada. Recently, the batch has attacked two brothers at Nehru Nagar here in the city.

This incident happened in the morning two days ago, when Sitaramaiah was waiting for the milk van and parked his bike at a nearby hotel. In the meantime, a gang has arrived at the hotel and pushed down his bike.

Over this, Sitaramaiah objected them. In this context, the batch attacked him with blades and tried to take out the things in the pockets. On seeing the incident, Sitaramaiah's elder brother Chinna has rushed to save his brother. The batch even attacked Chinna with the blades. In the attack, both the brothers got severe injuries. The locals have immediately shifted the brother to a nearby hospital.

Over the incident, the locals have expressed anger that in spite of giving police complaints, no one is controlling the blade batch attacks in the city. They said that the batch had made Krishna Lanka as their shelter zone mainly bus stand area, railway track, Padmavathi ghat, and Krishnaveni ghat.

Earlier, during the counseling for rowdy sheeters, the police officials said that they had removed the blade batch from the city. But the batch was changing their shelters from Singh Nagar, now at Krishna Lanka and moving towards Ramalingesh Nagar. The locals are demanding to take strong action against the blade gang and impose a ban on them in the city.