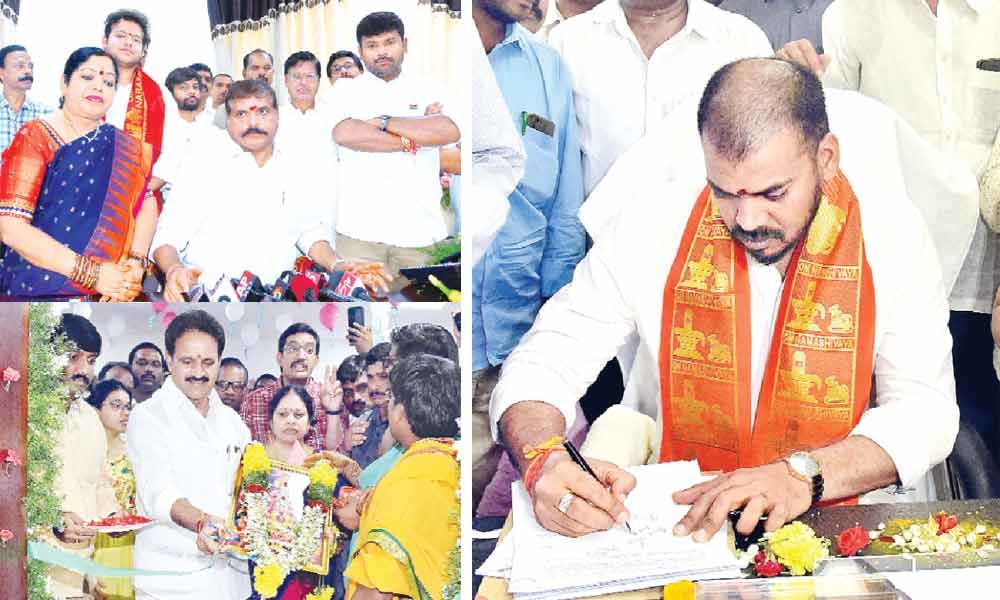 Amaravati: Minister for Municipal Administration and Urban Development Botcha Satyanarayana after occupying his chamber at the Secretariat here on Saturday said that the construction of the capital city of Amaravati would continue. However, the corrupt practices would be cleansed, he asserted.

Talking to newsmen, the Minister said that the government headed by Y S Jagan Mohan Reddy would take the welfare programmes to the weaker sections for their betterment.

Minister for Irrigation Dr P Anil Kumar who occupied his chamber at the Secretariat on Saturday said that the government would strive to provide irrigation facility to each and every acre in the State. He said that transparency would be given top priority in the department.

Minister for Animal Husbandry, Fisheries and Marketing Mopidevi Venkata Ramana after occupying his chambers at the Secretariat here on Saturday, said that Rs 4 per litre would be given to the dairy farmers only to help them. He said that Animal Husbandry is an important portfolio as several lakhs of people depend upon the livestock in rural areas.

He said that the Cabinet has decided in principle to pay Rs 6,000 per sheep to the sheep rearing community in case of death of sheep.