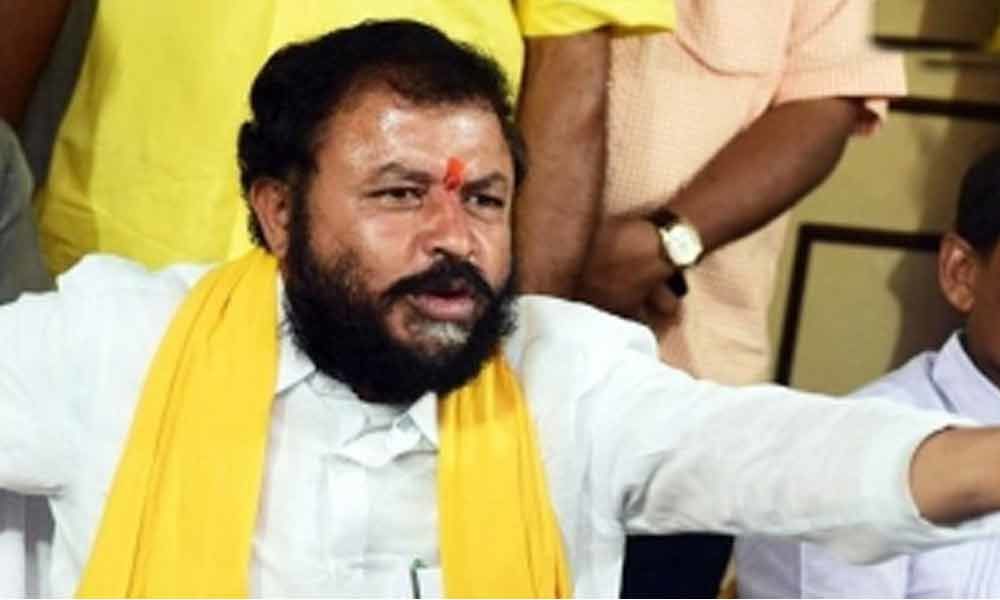 The police case has been filed against TDP leader and Denduluru former MLA Chintamaneni Prabhakar.

Amaravati: The police case has been filed against TDP leader and Denduluru former MLA Chintamaneni Prabhakar.

A farmer Satyanarayana have filed the complaint with the police. The farmers have expressed anger on Chintamaneni that at the midnight he has removed the pipelines which were laid to carry water to the farmlands from the Polavaram right canal at Janampeta.

They alleged that due to the defeat in the Assembly elections, Chintamaneni has removed this pipelines over the night.

Speaking on the occasion, farmer Satyanarayana said that two years ago, the farmers of Denduluru, Pedavegi, Pedapadu, nearby villages of Eluru have collected Rs 1,000 per head and arranged this pipelines.

The farmers urged the police to take the strong actions against Chintamaneni over this incident.

Over the complaint, the police have booked a case under section 420, 384, and 431 against Chintamaneni Prabhakar.