CM to address meetings in Narasaraopet on March 26 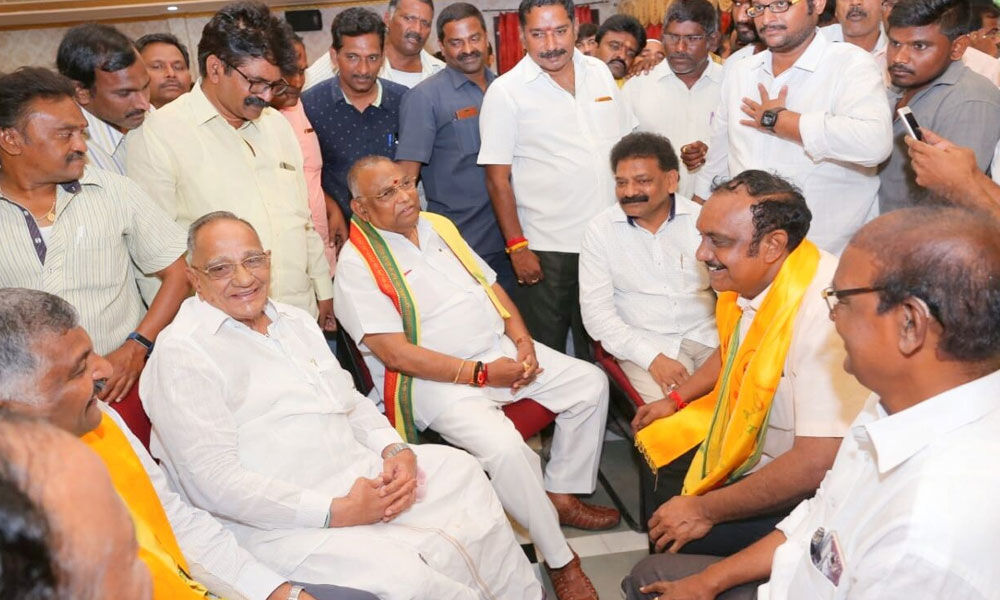 x
CM to address meetings in Narasaraopet on March 26
Highlights

Guntur: Senior MP Rayapati Sambasiva Rao appealed to people to vote in favour of TDP candidate for Narasaraopet Assembly Chadalavada Aravind Babu and himself to the Parliament seat in the coming general elections.

Addressing Arya Vysya Atmeea Sadassu held at Jamindar Function Hall in Narasaraopet Town on Sunday, he assured the community that he would complete all the pending works in the constituency if he was voted power and added that TDP government would address all the problems of Arya Vysyas and extend support to them.