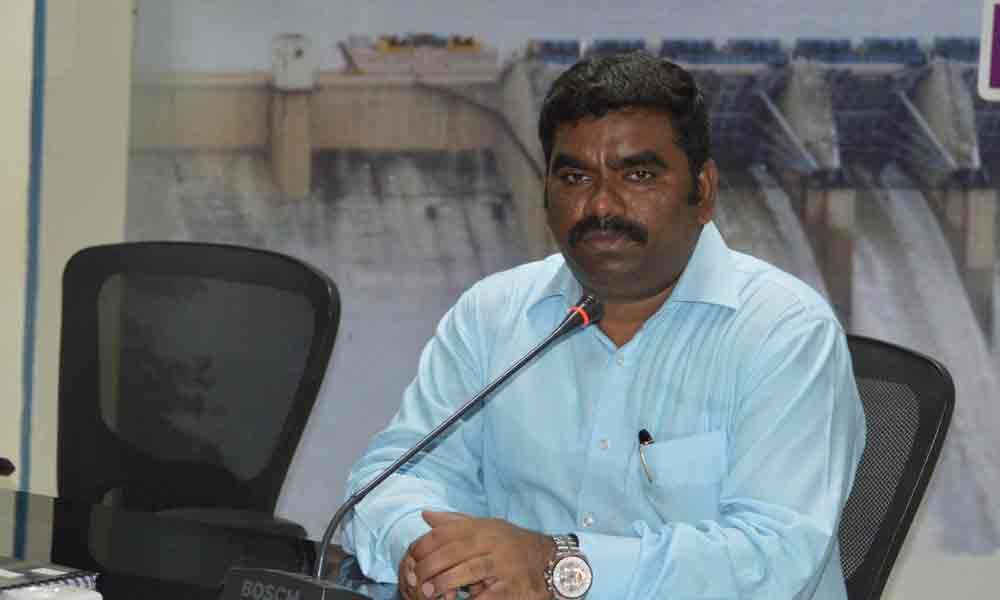 District Collector G Veera Pandian on Thursday asked the representatives of concerned agencies to inform him about the work status of internet connection to households being carried out under fibre grid project.

Kurnool: District Collector G Veera Pandian on Thursday asked the representatives of concerned agencies to inform him about the work status of internet connection to households being carried out under fibre grid project.

Reviewing the status of fibre grid project works at the Collectorate, he asked the agencies to submit a detailed report on the work in progress with regard to internet connection to households, cable television, wifi at public places, installation of CC cameras and Bharatnet-2 connection at government offices.

The Collector also said the detail report should contain specific date of completion of works. He said the report should be submitted two weeks ahead of next meeting. Senior manager Ramachandra informed to the Collector that fibre grid services were active in 1,576 habitations in 535 villages. 100 percent works have been completed at 38 villages but people at several villages were not interested in fibre grid connections.

Free wifi connections with 100 mbps speed was made available at Kurnool and Nandyal bus stands and railway stations, said network engineer, Ravi Kumar. Another ten places have been identified for extending wifi services and over 899 CCTV cameras have been installed in the rush zones. "We are trying to integrate Bharat-2 network at the government schools and government organisations in rural areas," said another network engineer Sridhar.