Crimes against women will decrease when society changes its perspective 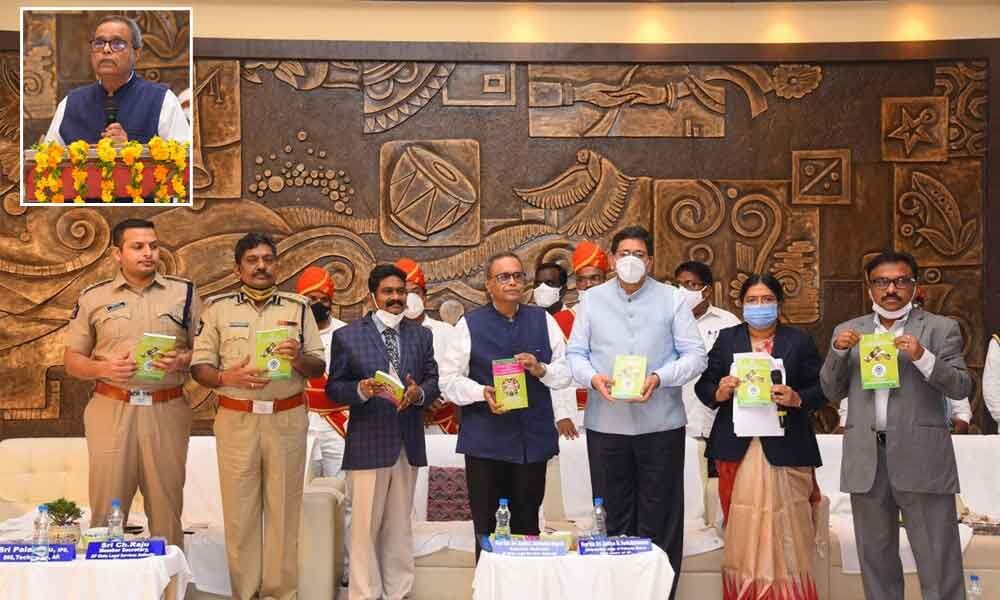 Ongole : Andhra Pradesh High Court judge and executive chairman of the State Legal Services Authority Justice Joymalya Bagchi said that the country prospers when women are provided freedom and protection. The crime against women will reduce only when society changes its perspective towards them, he said.

Justice Bagchi participated as the chief guest in the 'sensitization program on Schemes by National Legal Services Authority, with a special focus on women and children' by the district legal services authority and district administration at A1 Convention in Ongole on Monday.

Addressing the women protection secretaries and paralegal volunteers participated in the programme, Justice Bagchi opined that the police and the Acts alone cannot reduce the atrocities against women, but will decrease when the men respect women even in their thoughts.

He said that relatives and known people are being nearly 98 per cent of the accused in the cases of atrocities on children and women, their trafficking, forcing into bonded labour and sexual abuse. He said that girls and women are facing discrimination even in providing nutritious food with the boys and men, and are suffering from anaemia.

He asked society to introspect itself and change its perspective as women are losing their self-respect on many occasions.

The APSLSA executive chairman opened that a national investigation agency is required to control the organized crimes against women like trafficking and cybercrimes. He said that the victims should be not only provided financial assistance, but their morale should be boosted and trained for their self-employment.

He asked the paralegal volunteers to play their role in controlling the crimes and providing legal help to the victims. He said that there should be a common fight against the crimes happening in multiple ways and assured that the APSLSA would also focus on the same.

Another AP High Court judge and administrative judge for Prakasam district, Justice M Venkata Ramana said that it is better to strengthen society to avoid atrocities on children and women than rescuing the victims from the clutches of the criminals and providing relief and rehabilitation to them. He said that the responsibility lies on everyone in society and the women protection secretaries should play a key role in this.

He said that the people with criminal behaviour should be identified earlier and bring change in them with the help of counselling. He said that they should also focus on controlling child labour and opined that addressing the issues with humanitarian touch is required than imposing restrictions with official power.