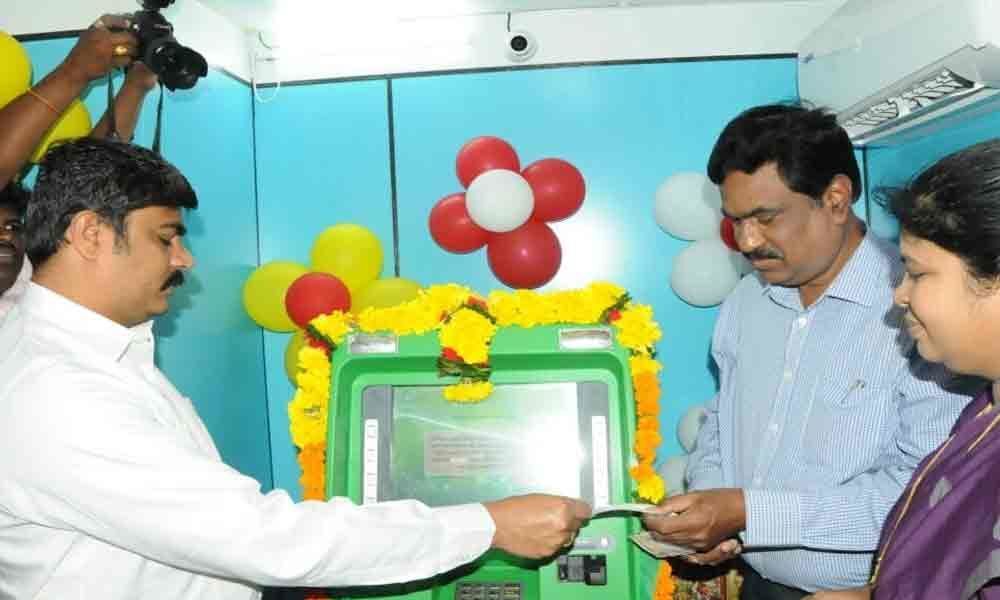 Srikakulam: District Collector J Nivas lauded the working of District Cooperative Central Bank (DCCB) and said it is competing with commercial banks. He inaugurated ATM at DCCB head office in Srikakulam on Thursday. Speaking on the occasion, Collector explained that DCCB Srikakulam is earning profits and gaining public confidence with its dedicated and committed service to the customers.

Novel way services are also provided to the customers which is a reason for its fast growth, he said. DCCB has already been running 22 ATMs across the district including mobile ATMs which are providing good services to rural people at their door step, DCCB is earning more profits within a short span with its dedicated and honest services, the Collector said.

Construction of new buildings, profit earnings, number of loans issued are parameters for development of the bank, he said and added that DCCB is the only bank which is providing good services to poor people and farmers. Rural economy will be improved with banks like DCCB, he elaborated. DCCB Chief Executive Officer D Satyannarayana and General Managers, D. Vara Prasad and P Jyotirmayi, Assistant General Managers and branch managers attended the inauguration programme.