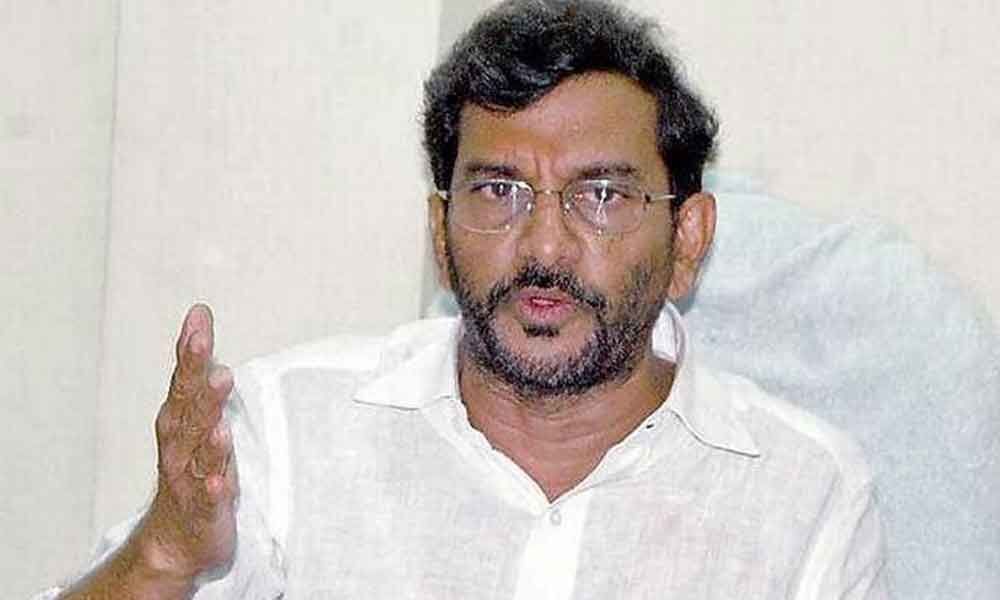 After a great tussle, the Election Commission has given a permission to the Agriculture Minister Somireddy Chandramohan Reddy

Amaravati: After a great tussle, the Election Commission has given a permission to the Agriculture Minister Somireddy Chandramohan Reddy to conduct a review meeting on the impact of extremely severe cyclone Fani, drought situation in the state and other issues. Chandramohan Reddy is going to conduct the review meeting on Friday at his chamber at 4 pm, he confirmed with this correspondent on Thursday.

In fact, he conducted a review meeting recently in the secretariat, for which the officials did not attended. Reacting to that, the minister asked explanation from the concerned officials. According to the sources, the officials did not attend the meeting fearing about the Model Code of Conduct. As soon as Minister asked explanation, the department authorities have wrote another letter to the Chief Electoral Officer Gopal Krishna Dwivedi, seeking permission for the meeting.

On the other hand, the Minister has explained that though the officials were not admitted to inform to the press, he will conduct a press conference after concluding the review meeting and explain the status of the agriculture in the state. He also going to review on the action plans to be taken for the ensuing agriculture season.