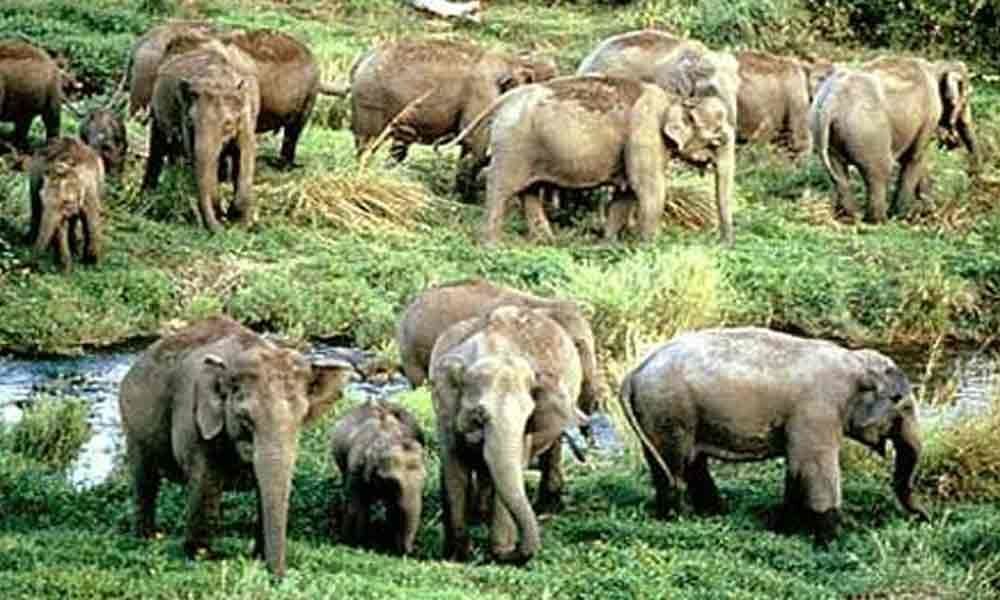 Tirupati: After a lull, a herd of seven elephants strayed into Burugupalli village of Gudupalli mandal in Kuppam constituency late last night damaging standing crops. According to information reaching here, the seven jumbos which entered the fields near the village went on a rampage destroying standing crops of tomato, banana and potatoes.

The villagers who gathered on sighting the rampaging wild elephants causing commotion near the village, mustered courage to drive them away to save the crops.

After a three to four hour struggle, the villagers were able to scare the elephants to retreat into the forests. Forest officials on Thursday visited the village and inspected the damaged crops.