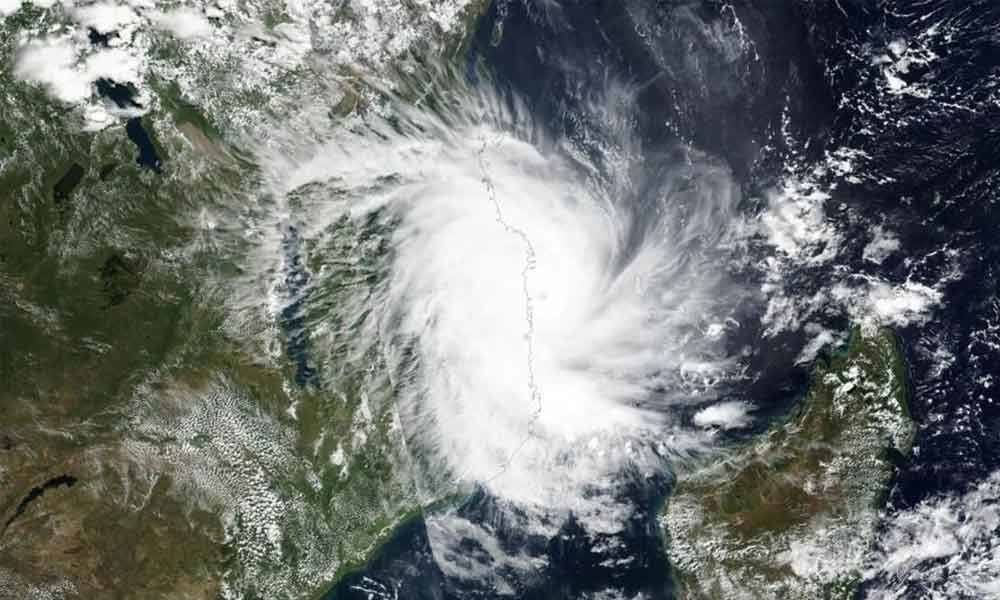 Visakhapatnam: The cyclonic storm 'Fani' formed in the southeast Bay of Bengal and the neighbouring coast moved towards northwestwards and lay centred about 990 km southeast of Chennai and 1,170 km south-southeast of Machilipatnam on Sunday.

A bulletin issued by the Cyclone Warning Centre here stated that Visakhapatnam, Vizianagaram, Srikakulam, East and West Godavari districts of north coastal Andhra Pradesh to experience heavy rains on May 2.

The weathermen forecast the possibility of thunderstorm, light to moderate rainfall, gusty winds with a speed of 40-50 kmph and lightning at isolated places across the districts of coastal Andhra Pradesh in the next 48 hours.

Light to moderate rain and thundershowers may be experienced across coastal Andhra during the same period and in Rayalaseema region as well, including Anantapur, Kadapa and Kurnool districts.

The cyclone is likely to cross the coast near north Tamil Nadu and south coastal Andhra on Tuesday. Vizag District Collector K Bhaskar said a control room was being set up and it will be functional 24/7. The control room can be contacted by dialling 1800-425-00002.

District and mandal level officials were told to stay at the headquarters and those who applied leave were informed to report to duty immediately.

The district administration has also cautioned the public to stay alert during the next few days.

Keeping the weather condition in view, the Cyclone Warning Centre, Visakhapatnam, has advised fishermen against venturing into the sea along and off coastal AP from Sunday.