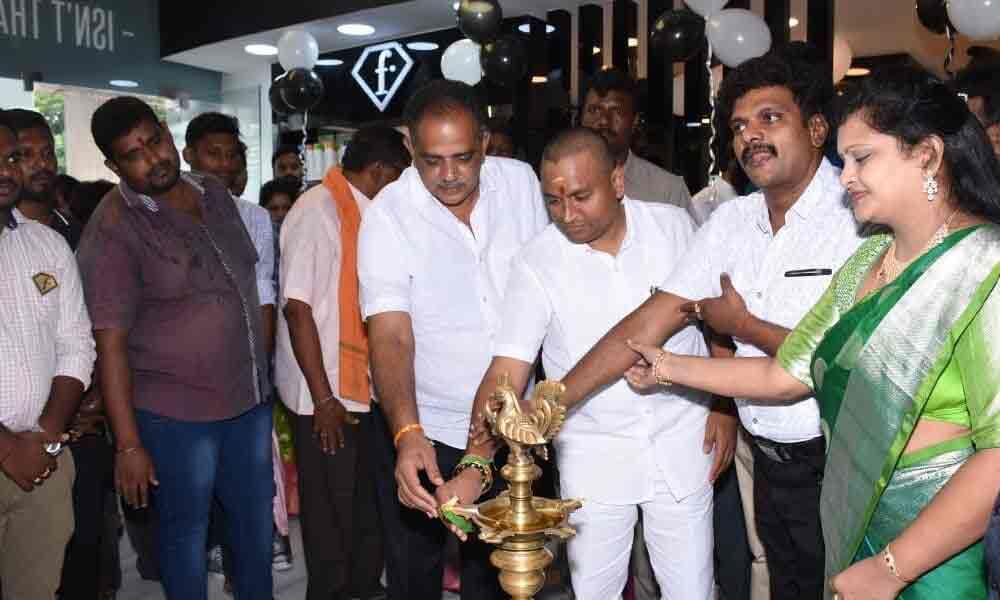 International renowned fashion TV’s ‘F-Salon’ was launched in the capital city of Vijayawada on Wednesday.

Vijayawada: International renowned fashion TV's 'F-Salon' was launched in the capital city of Vijayawada on Wednesday. Endowments Minister Vellampalli Srinivas inaugurated F-Salon near Stella College, Sai Baba Temple. The organisers explained the minister about the services they render to the customers.

Speaking on the occasion, the minister expressed his delight over launch of F-Salon which was restricted to big cities like Mumbai. He said that these days apart from women, men and youth too are very keen on fashion and beauty for which these salons are needed. He opined that more of these kinds of salons should be established in the state.

F-Salon branch managing director Sudhakar said that with F-Salon being launched the denizens would get international level services in Vijayawada. He said for youth, men and women hair cut, manicure, pedicure, bridal makeup, waxing and all beauty services will be offered and the denizens can make use of their services. YSRCP leaders Boppana Bhava Kumar, F TV Asia head Kashif Khan, Online India head Monish and other were present.