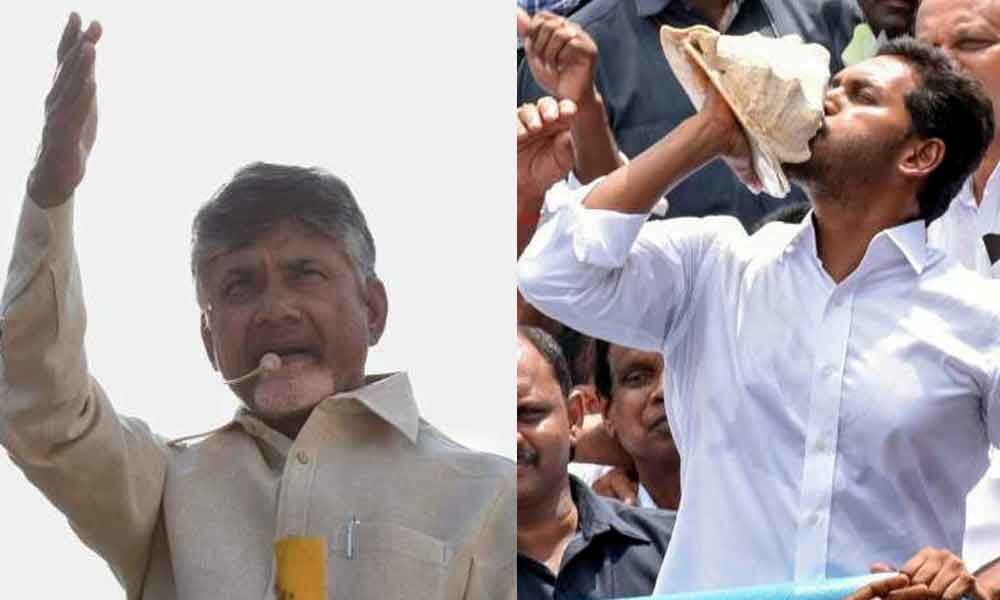 Jagan also pointed out that Naidu illegally took away three MPs of YSRCP and now his party got only three Lok Sabha seats.

Addressing the newly-elected legislators of his party, Jagan Reddy said Andhra Pradesh election results showed that those who resort to unethical and unjust means will definitely be punished by God.

Jagan, as the young leader is popularly known, said after 2014 elections Naidu "purchased" 23 MLAs of YSRCP. "Now TDP got only 23 seats and the results also came on May 23. The God has written a beautiful script with 23," said Jagan, who is the son of late Andhra Pradesh Chief Minister Y.S. Rajasekhara Reddy.

Jagan also pointed out that Naidu illegally took away three MPs of YSRCP and now his party got only three Lok Sabha seats.

YSRCP stormed to power, winning 151 seats in the 175-member Assembly. Telugu Desam Party (TDP) could secure 23 seats. YSRCP also won 22 of the 25 Lok Sabha seats while TDP could get only three.

Jagan said the electoral victory achieved by YSRCP deserved to be written with golden words. He said securing 50 per cent votes was not an ordinary achievement.

The YSRCP leader told his party MLAs to work hard to live up to the faith people reposed in the party with a resounding mandate. "We should keep in mind that our victory in 2024 will depend on how we perform in these five years," he said.

Jagan said he would bring major reforms in governance and promised that he would deliver good governance which the entire country would look up to.

He also addressed newly-elected Lok Sabha members of his party separately and said achieving special category status to Andhra Pradesh remained the party's number one goal. He asked party MPs to work hard to fulfil the promises made to the people during the polls.