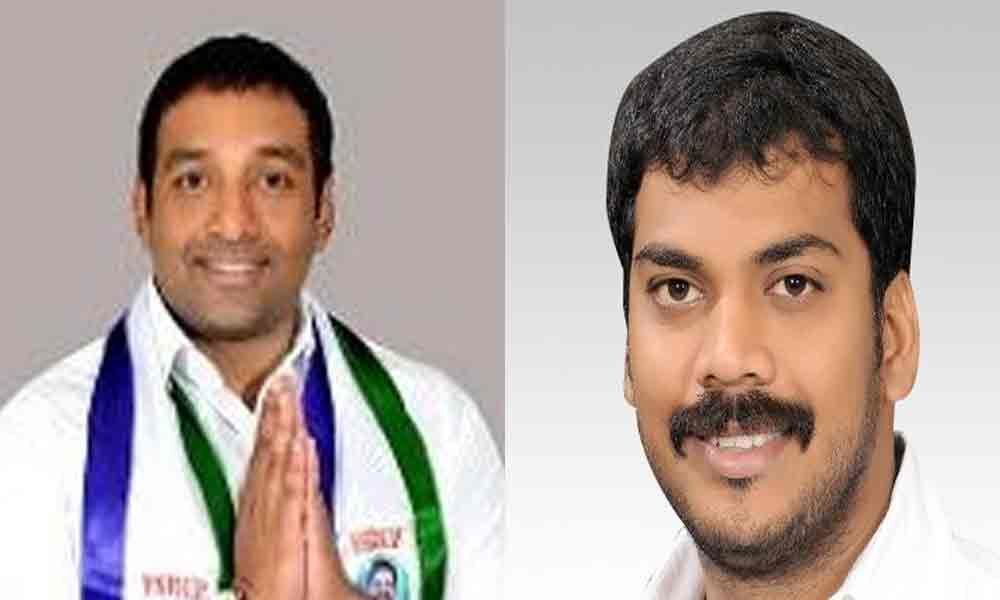 Loyalists and close associates of Chief Minister YS Jagan Mohan Reddy have apparently bagged a place in the cabinet.

Nellore: Loyalists and close associates of Chief Minister YS Jagan Mohan Reddy have apparently bagged a place in the cabinet. Atmakur MLA Mekapati Goutham Reddy and Nellore city MLA Dr P Anil Kumar Yadav to be inducted into the cabinet and party cadre in the district is jubilant over the Jagan's decision.

Goutham Reddy is said to be a close associate of the Chief Minister and Anil Kumar Yadav is a loyalist to Jagan. There have been predictions that both would get berth in the cabinet. But, senior leaders Anam Ramanarayana Reddy and Kakani Govardhan Reddy missed the chance this time. Ramanarayana Reddy attained a good majority in Venkatagiri which is the bastion for the TDP where party he got victory over two-time MLA K Ramakrishna. Still, he failed to get confidence in the party.

Kakani, who has been leading the party even during crisis and won twice from Sarvepalli over the former Agriculture Minister Somireddy Chandramohan Reddy. His cadre is also disappointed. He is said to be the strong leader in the region with good oratory and a strong following in the constituency. "Though the decisions of the party are non-negotiable still they should consider local feelings.

There is no confirmation on the berths till now. Seniors should be respected when coming to power for the first time. 7 legislators from Reddy community won the polls in the district. 2 are from SC and one from BC," said a senior YSRCP leader.