Government to set up limited number of liquor shops from Oct 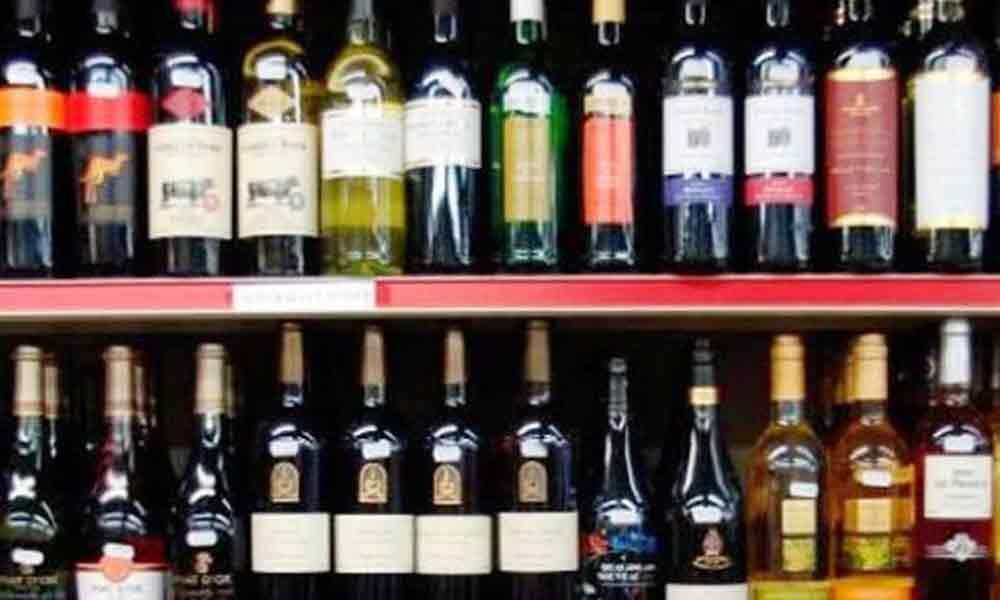 Guntur: The state government itself will open liquor outlets at selected places in the state under the new excise policy, which will come into force in October.

Sources in the excise department revealed that the policy is aimed at putting an end to belt shops and reduce sale and consumption of liquor as part of government's goal to bring prohibition in a phased manner.

In setting up liquor shops on its own, the state government is following the example of neighbouring states of Tamil Nadu and Kerala.

Excise department sources said after studying excise policies of the Tamil Nadu and Kerala, the YSRCP government has decided to implement similar system in the state to check belt shops and loose sale of liquor.

Currently, there are 4,400 liquor shops and 800 bars are operating in the state providing direct revenue of Rs 16,000 crore per year, including GST. But their licences will lapse by September end.

The number of liquor shops proposed to be set up by the excise department will be less in number compared to the existing shops.

So far, private persons are setting up liquor shops at busy centres and paying Rs 50,000 per month to make a fast buck. But the government will pay a reasonable rent to the premises where it is going to set up outlet.

Likewise, instead of setting up wine shops in busy or residential areas, near schools, colleges and temples like private shops, the government shops will come up in isolated places, according to sources.

Meanwhile, the government is continuing its drive to close down belt shops in the state. The task force set up by the excise department is conducting raids and shutting the illegal outlets.

To blunt the money or other influences of local traders, leaders and lobbies, excise personnel of one revenue division are conducting raids in another division to close belt shops.