Guntur set to be split into 3 dists 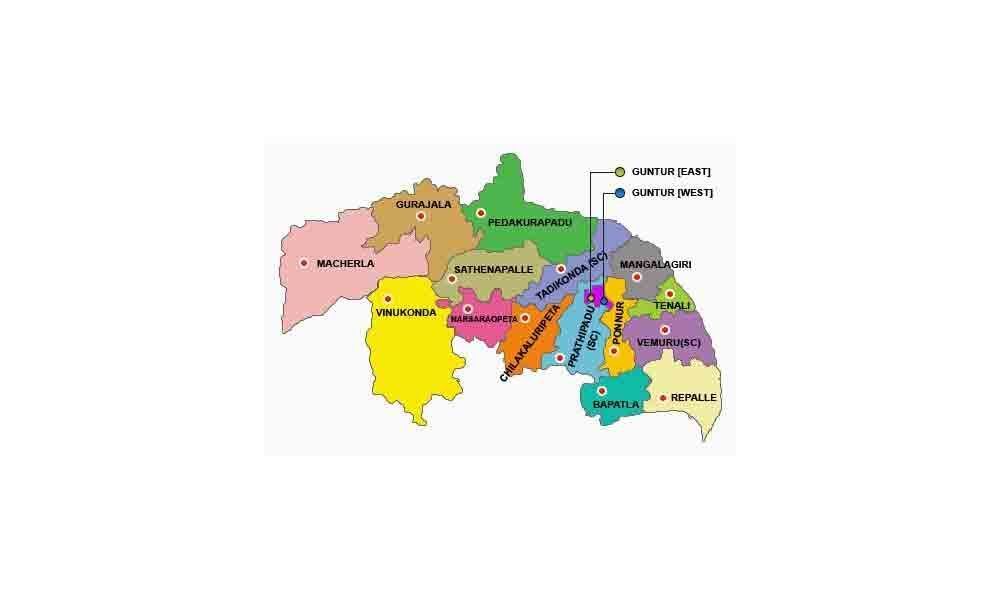 Guntur, Narasaraopet and Chirala districts will be formed as part of providing transparent administration and to take government welfare schemes effectively to the doorsteps of people.

Guntur: Guntur district will be split into three districts soon. Following instructions from the Chief Minister Y S Jaganmohan Reddy, the government has already started the exercise of forming three Parliamentary constituencies, Guntur, Narasaraopet and Bapatla. Chirala district will be formed with Bapatla as its headquarters, it is learnt. During the election campaign Praja Sankalapa Yatra, Chief Minister Y S Jagan Mohan Reddy assured that he will make every Parliamentary constituency as district.

It will take more than three hours to go to Macherla from Repalle. It is learnt, the government forming smaller districts to deliver benefits of welfare schemes effectively and transparently to the people.

Speaking to media, MLA Kona Raghupati said, "I will give top priority for the formation of Bapatla district for providing transparent administration and welcomed the proposal of the government."

During the Congress government, MLC Dokka Manikya Vara Prasad submitted a proposal to the government to create a Palnadu district with Gurazala as its headquarter. Smaller districts are useful for better governance, the MLC said in its report.