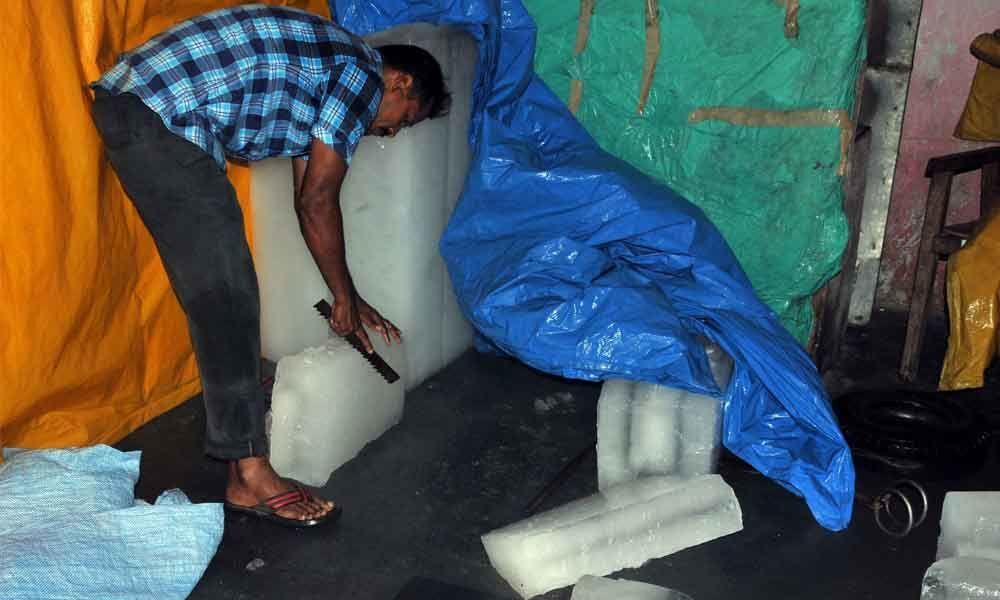 Rajamahendravaram: With little oversight from the department concerned, the thriving icemaking units in the district are posing a danger to the health to the people.

As investment is not much, several units have come up in the district to cater the needs of people in the sizzling summer.

According to information, around 150 icemaking units are functioning in the district without the knowledge of food safety and control department.

Ice is in heavy demand from juice shops, soft drink parlours, soda shops, small restaurants and other summer businesses due to summer.

The icemaking units, which normally make ice using unclean water for mainly fish traders to store fish and other aqua products, are said to be supplying the same to these businesses too.

According to sources, E Coli (Escherichia coli) bacterium which is present in the the ice made of poor quality water has become a health hazard to the people after consuming foods and drinks in which the ice is used.

E Coli bacterium reduces the stamina in the body to prevent diseases making them prone to more serious infections.

The people who are not aware of these risks, ask juice vendors to add more ice in the drinks.

As per government guidelines, the ice manufacturing units should own an RO (reverse osmosis) plant and use purified water but many icemaking units have no such plants but doing good business using contaminated water.

When contacted, food safety and control department district assistant controller K Nageswara Rao said that so far they had not given any licence to any icemaking unit in the district.

The department will give licences to icemaking units after they were sent by department of industries, he said.