ILTD workers to go on strike 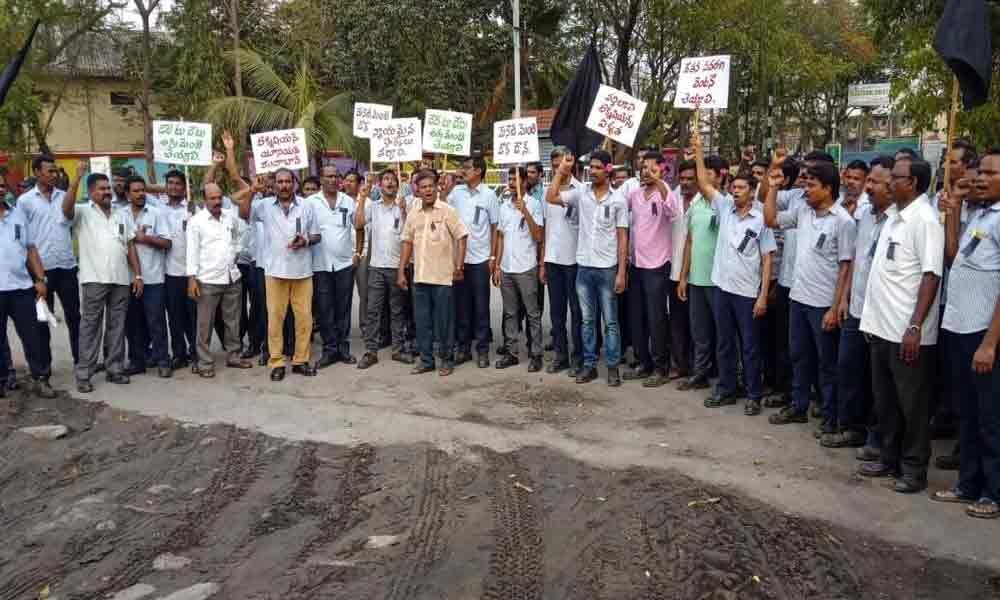 The workers in the ITC LTD at Chirala and Anaparti served strike notice to the management demanding the revision of the salaries.

Chirala: The workers in the ITC LTD at Chirala and Anaparti served strike notice to the management demanding the revision of the salaries. The ILTD, which has over 110 years of history in tobacco crushing, processing and exporting fields, has a tradition of offering wage enhancement to the workers for every four years.

For the enhancement, the registered union presents their demands to the management and the management also brings some demands from its side and they mutually agree to a set of conditions and work as per the settlement.

The last meeting was said to be held on April 30, 2019 but the issue is still exist to continue. The workers, who are around 210 in number in Chirala and Anaparti are demanding the management to provide enough salary to lead a normal life for a middle class family consisting of spouse and two children for food, shelter, clothing, education and healthcare needs.

So, the workers served a notice on the management to go on strike any time after May 18. The workers are participating in various modes of protest before and after going to the work in front of the office and the main gate by wearing black badges.

The union general secretary GV Satyanarayana, Chirala branch secretary Boyina Raghava, Shaik Kabeer, Yakob, Satyasobhan, Ayub Khan, Varadarajulu, Uday Kumar, Vasubabu and other workers also participated in Tuesday's protest. They have cleaned the roads in and around the ILTD and announced that they have no option to go for a strike if the management do not take the positive decision.