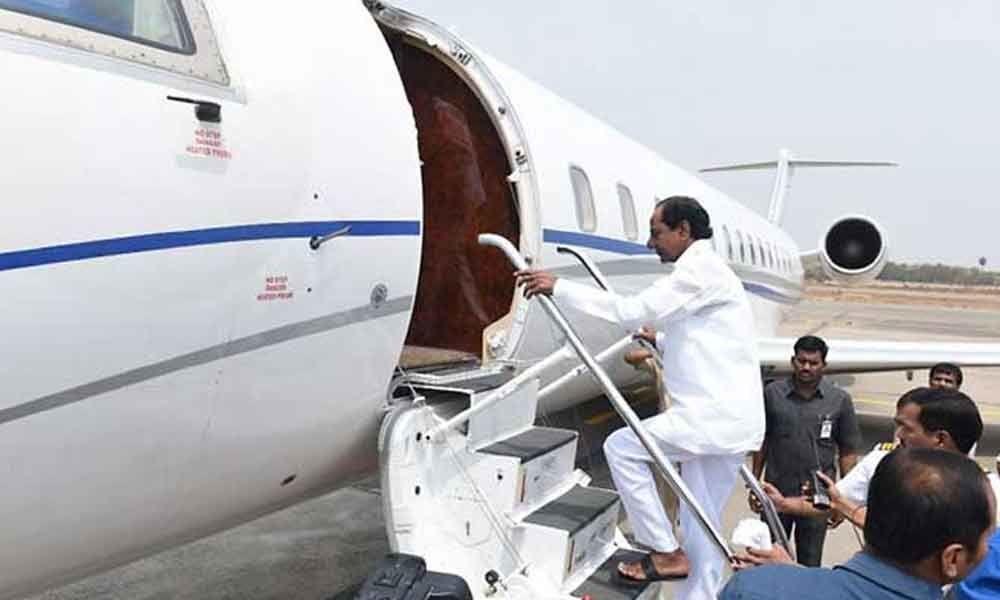 KCR immediately left for Kanchipuram to worship Athi Varadaraja Swamy whose darshan at standing position will be available till August 15 only. Normally he will be in a lying position and his darshan in standing position resembling Lord Venkateswara of Tirumala will be available only after 40 years. Enroute, he halted at Nagari MLA RK Roja's house in Nagari where he was offered Tea and snacks. In the return journey also he is expected to halt there for lunch. Roja also accompanied KCR in his convoy to Kanchipuram. He will return to Hyderabad in the evening.