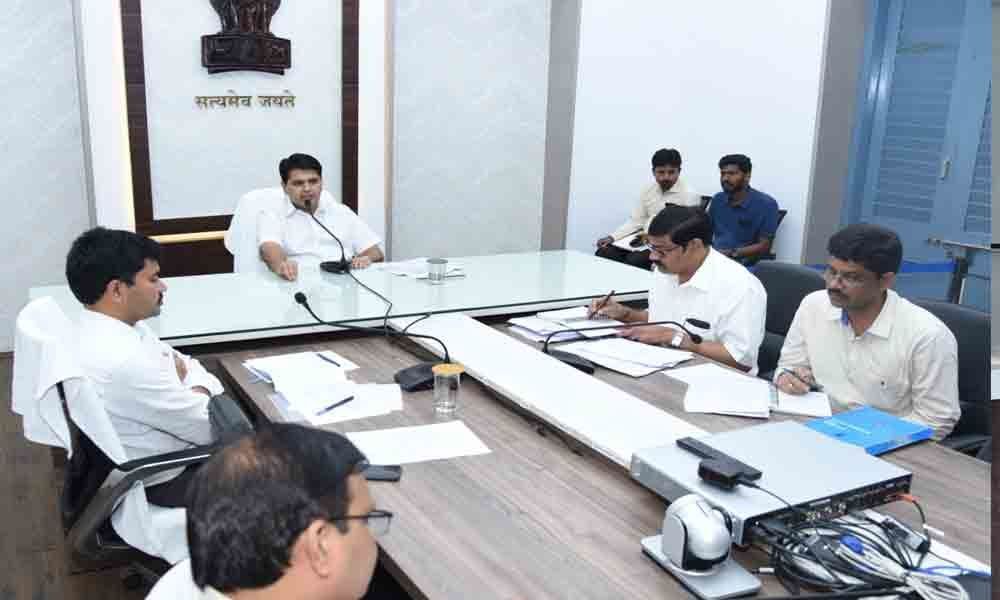 In view of Fani cyclonic storm, Collector Karthikeya Mishra directed the officials to get ready to face any eventuality emerging out of cyclone.

Kakinada: In view of Fani cyclonic storm, Collector Karthikeya Mishra directed the officials to get ready to face any eventuality emerging out of cyclone.

Reviewing the cyclone preparedness with cyclone special officers at Collectorate on Monday, he said that as per the indications, the depression has been located at 990 kilometres south east of Machilipatnam and is likely to move in northwest direction, developing into severe cyclonic storm.

The collector also said that, in case of any change in direction in due course, heavy rains with gales likely, throughout the coast.

Accordingly the coast line in the district from Odalarevu to Tuni has been alerted. The special officers are expected to move to the allotted headquarters in the coastal mandals, the collector said.

In this connection, Karthikeya Mishra directed the officials to ensure proper backup, for the communication towers, and to keep sufficient essential commodities in addition to medical teams.

The collector also directed the fisheries department to ensure total control of fishermen to keep away from venturing into sea.

The collector also directed the APEPDCL to keep sufficient number of spare poles for replacement in case of need.

Kartikeya Mishra also directed the Rural Water Supply department to fill all the OHSRs in the district with drinking water to avoid any drinking water problem.

Collector also directed the MPDOs in the coastal area to keep the cyclone shelters ready by inspecting them physically.