Kidari's tenure to end on May 10 as Minister 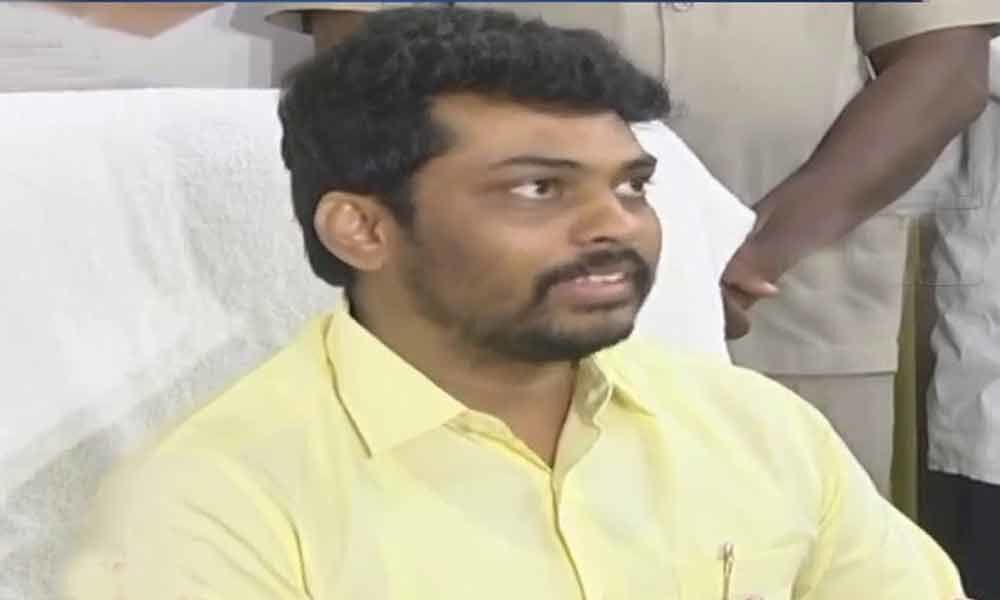 Tenure of Kidari Sravan Kumar, Minister for Tribal Welfare, Primary Health, Family Welfare is going to end on May 10, as Minister. He was made Minister on November 11, 2018.

Amaravati: Tenure of Kidari Sravan Kumar, Minister for Tribal Welfare, Primary Health, Family Welfare is going to end on May 10, as Minister. He was made Minister on November 11, 2018. Since he has not been a member of either Assembly or Council, his tenure ceased to be end on May 10.

According to sources at the Chief Minister Office, a communication regarding his tenure was received from Raj Bhavan on Tuesday. "He must become a member of either of the Houses by May 10, if he wants to continue as Minister. Otherwise, he must tender his resignation or the tenure will be ceased automatically", this was the communication.

It is worth to mention here that, Sravan Kumar, an IITian was inducted into the cabinet by Chief Minister N Chandrababu Naidu following the death of his father Kidari Sarveswara Rao in an attack by Naxals.

Sravan Kumar has contested as MLA candidate from Araku Assembly constituency in the present elections. But the results will be announced only on May 23. Till then, the present TDP government will continue. Hence, there is a gap of hardly two weeks between May 23 and his last day as Minister.

There is a constitutional provision that, a person must become as member in the either of Houses within six months after he is appointed as Cabinet Minister. In his case, still he did not become a member in any of the Houses.

Reacting on it, Sravan Kumar said that he would discuss with the Chief Minister and then take appropriate decision.