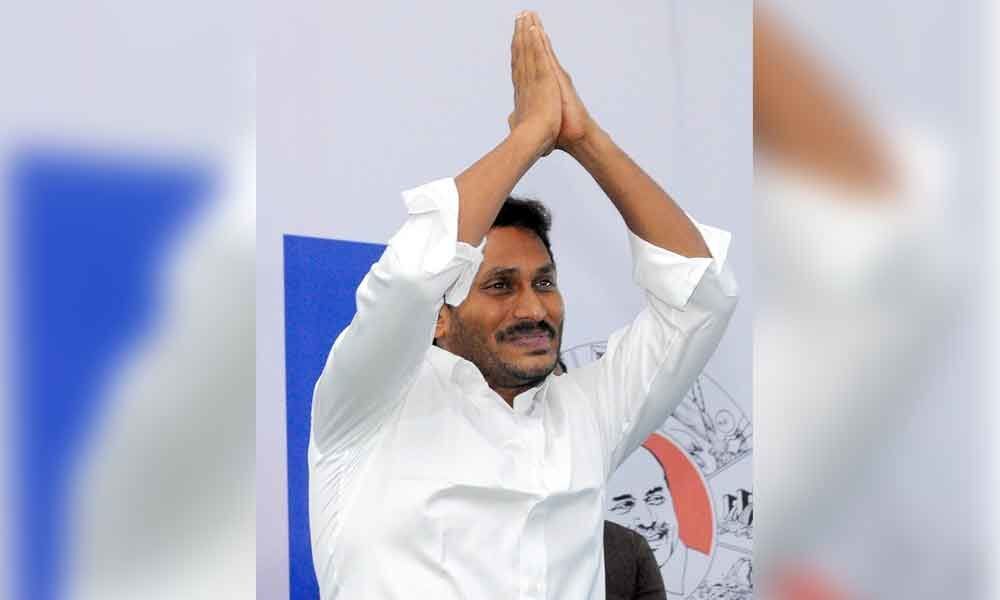 Dashing the hopes of Telugu Desam Party, 46-year-old Y S Jaganmohan Reddy is all set to take oath as the second chief minister of residuary state of Andhra Pradesh on May 30.

Amaravati: Dashing the hopes of Telugu Desam Party, 46-year-old Y S Jaganmohan Reddy is all set to take oath as the second chief minister of residuary state of Andhra Pradesh on May 30.

With the landslide victory both in Assembly and Lok Sabha seats, Jagan's decade-old dream has now become a reality. The YSRCP legislature party would meet on Saturday to elect Jaganmohan Reddy as the leader of the legislature party.

The two national parties -- BJP and Congress -- were nowhere in the scene. Even the new entrant Jana Sena has not been able to make any impact in the state politics. YSRCP was racing ahead across the state from the time the counting of postal ballots had begun.

The win was uniform in all regions and among all sections of people leaving no scope or space for TDP to recover anywhere.

Even in districts like East and West Godavari where TDP had made a clean sweep last time, the yellow party had to suffer a major drubbing as the 'fan' swept the polls. In Kuppam constituency, the victory margin of TDP president N Chandrababu Naidu had come down.

The results have come as a major shock to TDP as it was not only confident of returning to power but was hoping to play a key role at the Centre. Most of the cabinet ministers in TDP government, including Nara Lokesh had to face defeat.

The voting pattern indicates that a big anti-incumbency wave swept across Andhra Pradesh. Polavaram project, construction of capital city of Amaravati and welfare schemes of old-age pension, capital infusion for women of self-help groups, crop loan waiver for farmers did not seem to have impressed the voters as was expected by the TDP.

In contrast, his walkathon of over 3,648 km and his promise to implement "Navaratnalu", a document that was adopted by the plenary in 2018 which includes promises for farmers, old-age pension, health insurance, fee reimbursement for students, houses for poor and prohibition seem to have had attracted the voters.

As the trends started flowing in, large number of YSRCP activists started reaching the party office at Tadepalli in Guntur district in the capital region of Amaravati.

A supporter brought a big nameplate "Y S Jaganmohan Reddy Chief Minister of Andhra Pradesh". Party activists burst crackers and distributed sweets. There was festive atmosphere in all the offices of YSRCP across the state.

At a press conference on Thursday at his residence, Naidu said that the party would soon analyse the election results and reasons for drubbing it received. Telangana Chief Minister K Chandrasekhar Rao and Governor ESL Narasimhan congratulated Jagan.