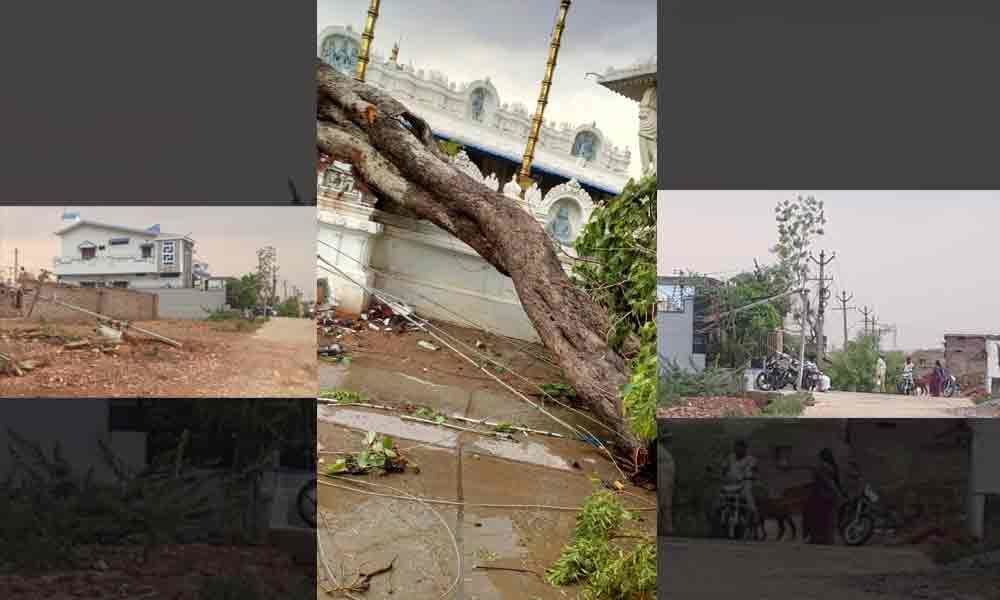 However there was no deaths reported so far.

District Collector CH. Harikiran directed the VRO to stay at their respective destinations as there may be possiblity of occuring untoward incidents.

Meanwhile electrical poles, trees were pull down in Badvel town, while some cows were killed in Rayachoti mandal due to struck by lightning .According to the sources Banana, Mango gardens were destroyed in Railway Kodur, Rayachoti,, Peddamudium mandals in large scale.