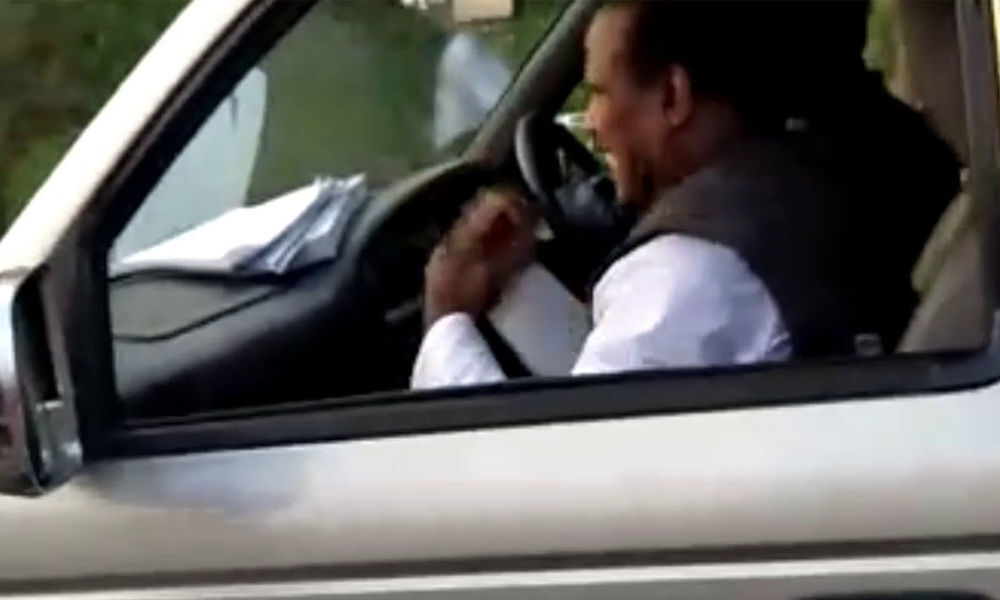 The world-famous evangelist and Praja Shanti party president KA Paul have once again set social media on fire with a video that went viral.

Hyderabad: The world-famous evangelist and Praja Shanti party president KA Paul have once again set social media on fire with a video that went viral.

On Friday, Paul has filed his nomination papers for Narsapuram Lok Sabha segment. During the nomination process, Paul was seen very much excited.

In a video that went viral over the social media, KA Paul was seen in a happy mood, and he was making boxing moves while traveling in a car, in order to show that he is ready for the elections battle in the state.

On seeing the video, the netizens commented that Paul might have learned these boxing tricks from his follower Evander Holyfield (Paul says), who is a former professional boxer in the US.

Another interesting thing was also seen on yesterday that KA Paul and YSRCP MP candidate Raghuram Krishnam Raju were seen hugging each during the nomination process.

Speaking to media KA Paul has expressed the confidence in winning the Narasapuram Parliament seat. From Praja Shanti party yet no MLA and MP candidates were declared. Even it's said that the Election Returning Officer has put on hold Paul's nomination, seeking few more documents.