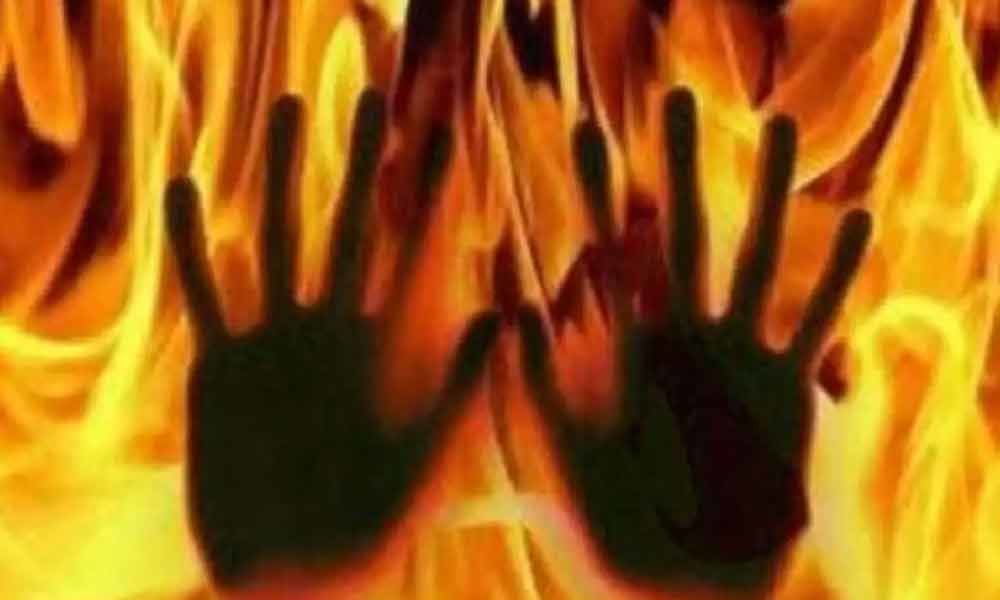 In a shocking incident, a man has brutally murdered his six months pregnant wife at Krishnalanka in Vijayawada.

Vijayawada: In a shocking incident, a man has brutally murdered his six months pregnant wife at Krishnalanka in Vijayawada.

The husband who developed suspicion on his wife has set her on fire by pouring petrol on her. The incident has happened in the morning on Saturday.

Shailaja and Nambiar are the wife and husband residing at Krishanlanka. Shailaja works as a teacher in a private school and Nambiar is a lecturer at a college in Gudivada.

Since the past few days, he developed suspicion on wife Shailaja and keep on harassing her. On the issue, both use to quarrel every day.

As usually, both entered in a heated argument this morning, where Nambiar loss his cool and sets his pregnant wife on fire.

Over the information, the police have reached the spot, registered a case and investigation further.