Minister vows to take up purchase of coconuts by NAFED 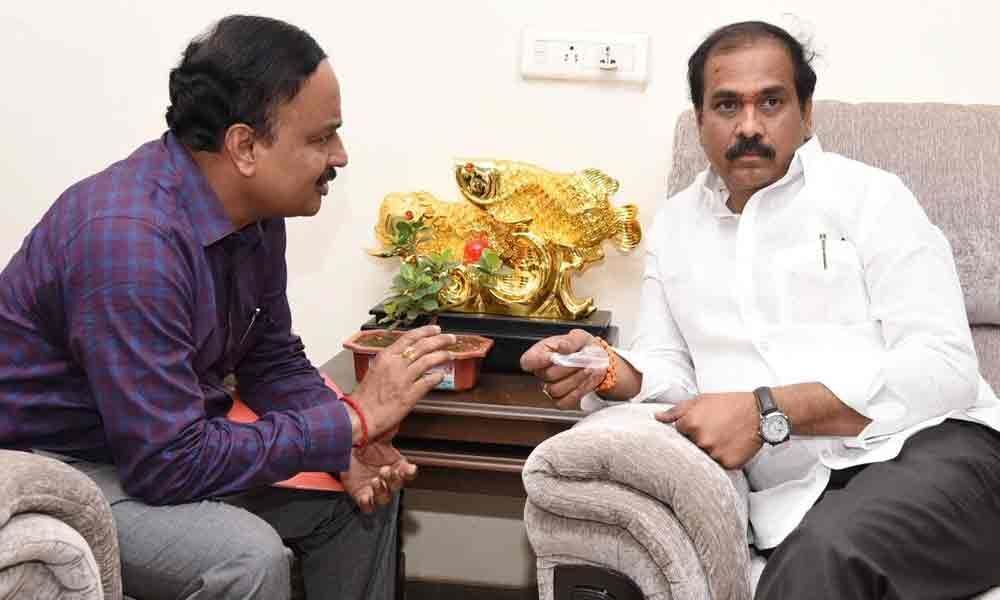 Kakinada: Minister for agriculture and cooperative societies K Kannababu asked the horticulture department officials to take steps for increase in horticultural crops. Reviewing the progress of horticultural crops in East Godavari district with deputy director (DD) S Ramamohan at his camp office here on Sunday, the minister said that necessary support for marketing of horticultural crops like coconut, cashew, mango, banana and oil palm should be provided.

Kannababu directed the DD to organise district level workshop on horticulture during first week of July and send proposals to fill the vacancies in the department With regards to coconut cultivation, the minister said that Konaseema area in the district has been recognised as a hub for coconut production and that has to be strengthened to protect the interests of coconut farmers who are in large numbers in East Godavari.

On purchase of coconuts from farmers by NAFED centres through Oilfed, Kannababu said that the issue would be discussed with Chief Minister Y S Jagan Mohan Reddy. The horticulture DD, Rammohan, briefing the minister on the activities of the department, said with 1.72 lakh hectare, horticultural crops occupy 35 per cent of cultivable area in the district.