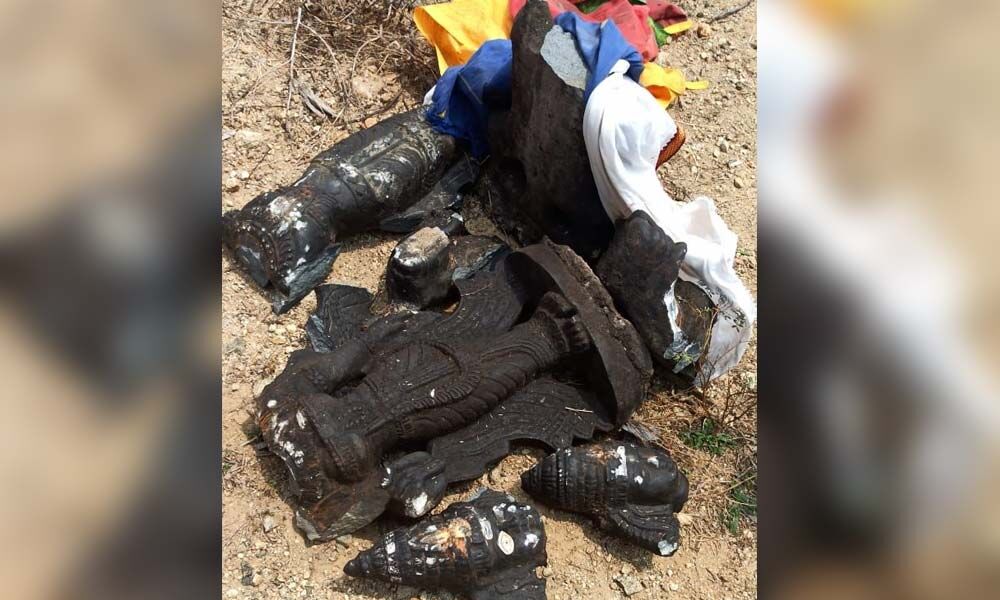 Chittoor: The idols of Sri Subramanya Swamy, his consorts Valli and Devasena were found broken at Subramanya Swamy Temple in Betagutta in Kuppam mandal in Chittoor district on Tuesday.

Sources said the miscreants broke open the iron grill-gate of the small temple, carried the idols away from the shrine and dumped them after beheading the three idols.

The local shepherds who found the broken idols informed the villagers who in turn alerted the police.

People in a large number from neighbouring villages have gathered at Betagutta as the shocking incident spread like wildfire.

Chittoor SP Senthil Kumar directed Kuppam police to be on alert and ensure normalcy in the mandal.

A case has been registered. Investigation is in progress.