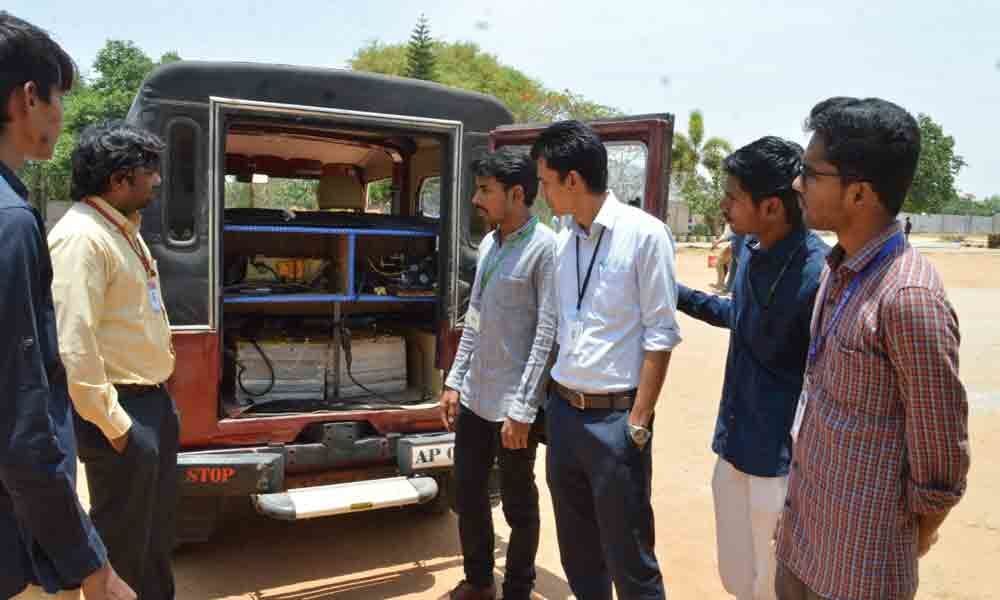 The usage of vehicles polluting air and sound are staggering in our country. Electric vehicles have long been invented to minimise or prevent pollution. Nevertheless, most people do not know about the benefits of electric vehicles. For that reason, hybrid vehicles were later discovered, the students said.

A hybrid vehicle is a one with two power sources, a combination of one petrol or diesel engine and an electric motor. Students said that they have converted Mahindra & Mahindra 540 model jeep into a hybrid electric vehicle. The jeep already had a diesel engine in it. The power from diesel engine transfers through the clutch, transmission system, propeller shaft, rear differential and finally to the rear two wheels.

The cost to convert this vehicle from diesel to hybrid was around Rs 3.2 lakh, the students said. Principal Dr C Yuvaraj, Mechanical, HoD, Dr Suryanarayana Raju, Assistant Professor Dr Chakradhar, faculty and students have congratulated them on their achievement.