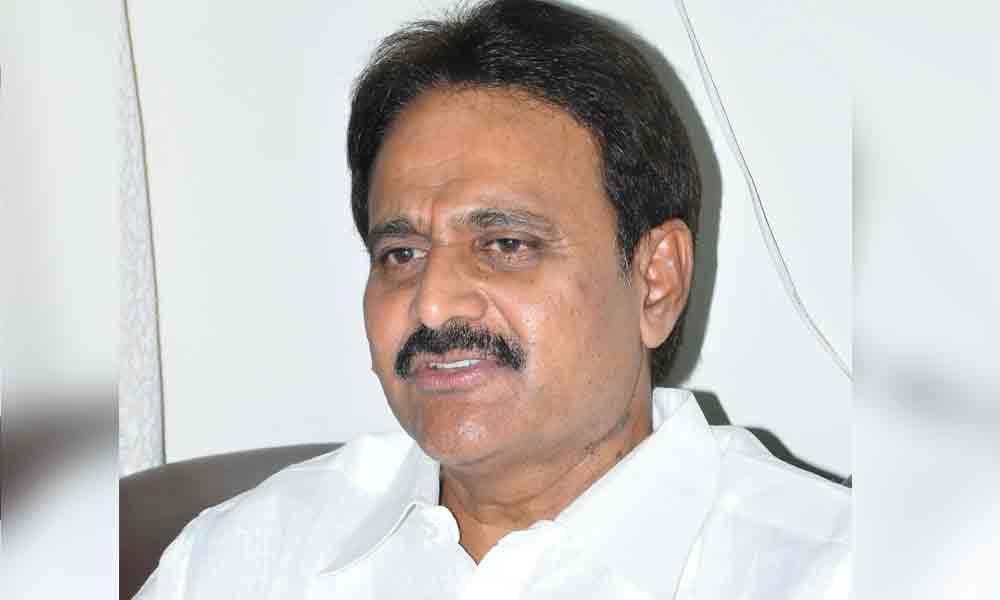 Guntur: Minister Mopidevi Venkataramana Rao urged the people not to speculate rumours on the state capital Amaravati construction. Speaking to the media in Guntur on Wednesday, he alleged corruption worth rupees thousands of crores took place in the construction works of the capital.

He said that the government will set up price stabilization fund with Rs 3000 crore very soon to get a better price to the farmers and keep up its election promise. He said they will set up monitoring wings in the department as a part of the scheme.

Replying to a question, he said when prices of chilli, turmeric, tobacco, cotton and other crops fall, the farmers were incurring losses. He said, "If price stabilization is constituted, the farmers will get assistance from it, so that they will get benefitted."