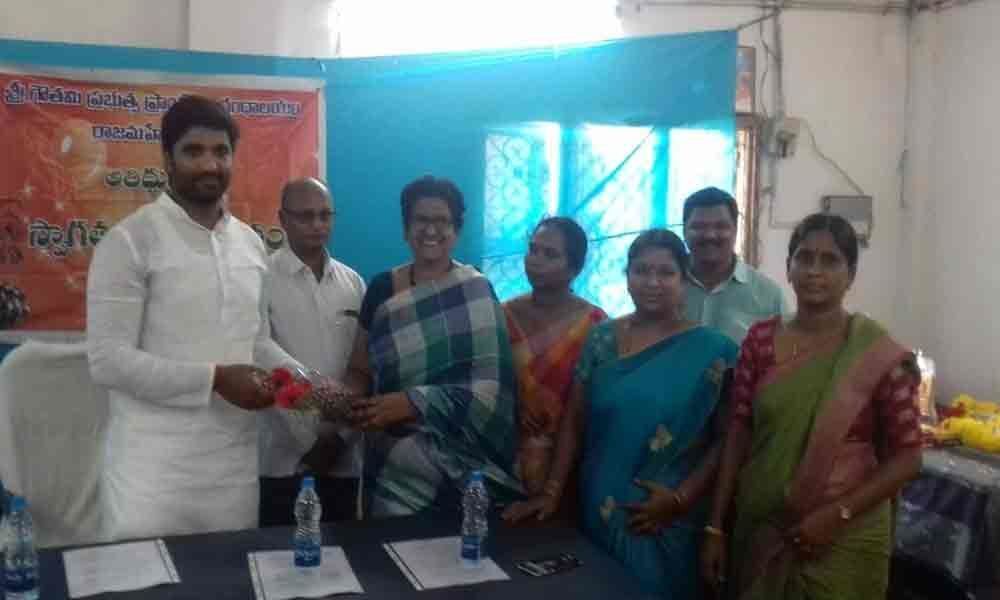 MP Margani Bharat Ram has assured to develop the century-old Gowthami Regional Library (GRL) in all aspects by providing latest facilities to the readers.

Rajamahendravaram: MP Margani Bharat Ram has assured to develop the century-old Gowthami Regional Library (GRL) in all aspects by providing latest facilities to the readers. He also said steps will be taken to obtain national status to the library.

He participated on the last day of summer coaching camp and visited the newly-constructed building coming up with an estimated cost of Rs 2.74 crore on the library premises here on Friday.Later, he said it is the duty of everyone to protect the age-old library which is having many rare and valuable books.

The library desires many facilities and up gradation and added the elite of the city should also put their efforts to develop it. The new building will give relief to the readers to some extent with necessary facilities.

The library is a feather in the camp of the historical city which is having as many as 1.4 lakh books. He appealed to the students and others to make use of this library to enhance their knowledge. Earlier, he distributed prizes to the winners who participated in competitions during summer coaching camp.