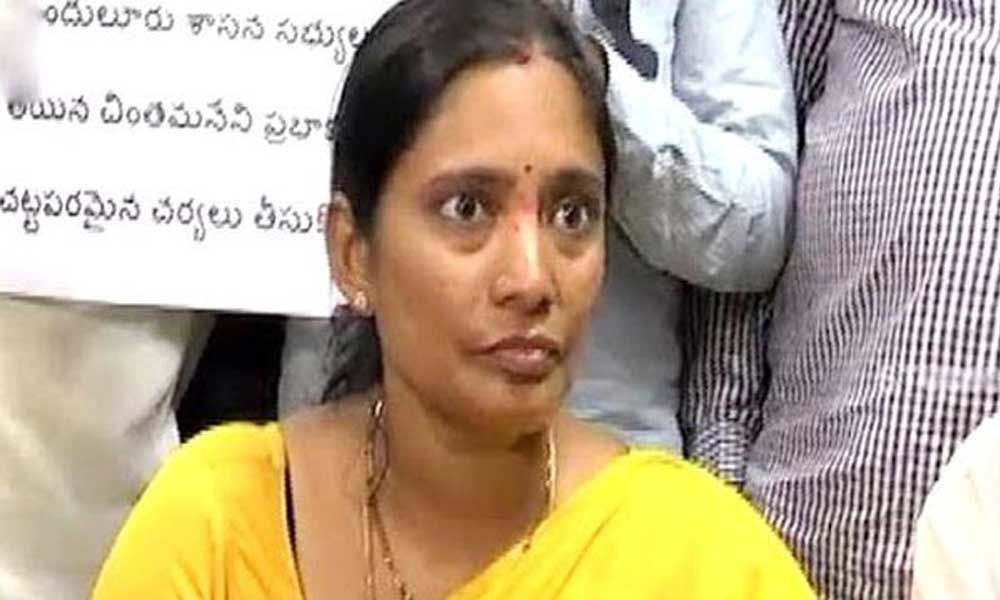 MRO Vanajakshi who came to lime light after she was beaten up by former MLA Chintamaneni Prabhakar in TDP regime has now faced the wrath of the...

MRO Vanajakshi who came to lime light after she was beaten up by former MLA Chintamaneni Prabhakar in TDP regime has now faced the wrath of the farmers at Tadepalli in Vijayawada Rural Mandal over the abusive comments. The farmers alleged MRO of calling them as real estate brokers. "Being in a responsible position how she could make such derogatory comments like a politician, " farmers fumed.

The incident is said to have happened while MRO has come to Tadepalli for land acquisition program. Vanajakshi reportedly have hit the farmers when they were expressing their objections to the land acquisition. However, the farmers who were not willing to give their lands for the government programme for housing plots to poor people have raised voices against the MRO and went on to attack her.

Farmers were upset with the way the MRO has treated them by calling real estate brokers. The people have assembled in large number and held a protest.