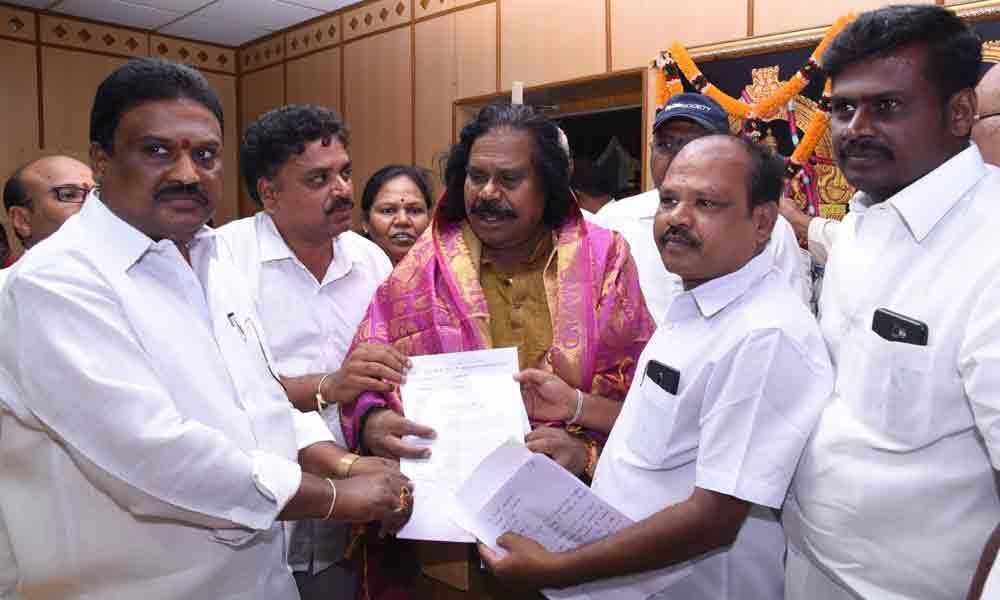 National Commission for Scheduled Castes (NCST) on Tuesday directed TTD to implement the rule of reservation in its Sri Venkateswara Bhakti Channel (SVBC).

In the official review meeting, the Commission chairman found that the rule of reservation of was not followed in the appointments made in TTD and wanted the TTD to adhere to reservation rule and take steps for filling up the backlog posts in SVBC.

Chairman also found that the backlog posts for STs also remaining unfilled in TTD and directed EO to take immediate steps for filling up the ST backlog posts in TTD. Nand Kumar also urged the TTD to allocate its shops in Tirumala and other places to the members belonging to Scheduled Castes for self-employment. He also sought Hathiramji Mutt to allot its shops to ST Community also.

It is pertinent to note that National Commission for Scheduled Castes also earlier pulled up the TTD for its failure in ensuring rule of reservation in the appointments in SVBC.

Kumar patted the TTD management for maintaining its temples including the famed Tirumala Venkateswara temple well and urged its to make renewed efforts to promote spiritual values, our culture and tradition.

Earlier, Kumar and Commission members had darshan of Lord Venkateswara. Later, speaking to media on the hill he welcomed the Centre scrapping Article 370 paving the path for the total integration of the State of Jammu and Kashmir with Indian Union.

He said the scrapping of Article 370 also lay the path for implementation of the rule of reservation in that State benefitting the downtrodden communities including SCs and STs. Commission members, district tribal welfare officials and others were present.