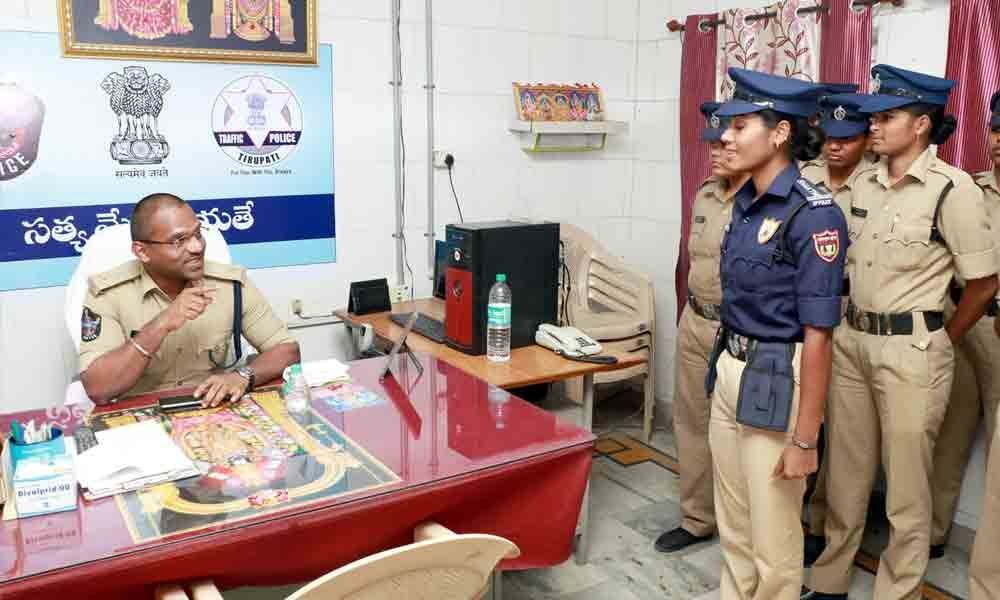 A new uniform with dark blue colour shirt, cap and khaki pant was designed for Shakthi police teams. Also, Shakthi teams will carry a badge with logo of a woman and children.

After the official announcement by Urban SP KKN Anburajan, women constables in Shakthi teams will wear newly designed uniform. The SP got approval from the DGP office too.

On Wednesday, the Urban SP interacted with SIs and constables of Shakthi teams at traffic police station. While explaining the purpose of Shakthi teams, Anburajan directed them to keep vigil at city bus stops, railway station, colleges and other women and children moving areas.

The SP instructed the Shakthi teams to control the eve-teasing and women harassment. In the meeting, Shakthi teams in-charge DSP (Traffic) Muralidhar was present.