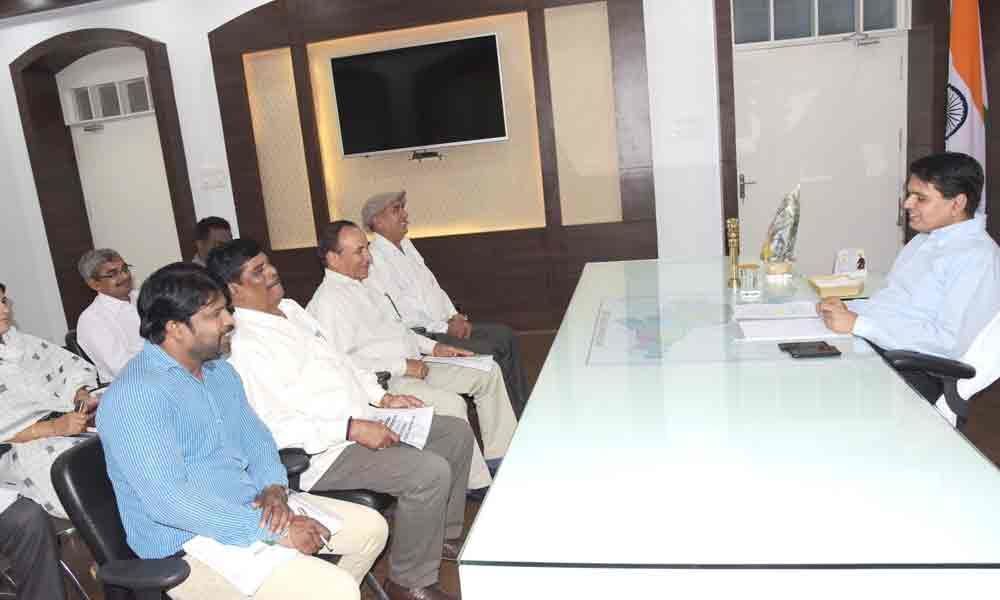 The Central audit team of NREGS, headed by GC Joshi called on East Godavari Collector Kartikeya Mishra here on Friday, as a part of its 7-day visit to the district.

Kakinada: The Central audit team of NREGS, headed by GC Joshi called on East Godavari Collector Kartikeya Mishra here on Friday, as a part of its 7-day visit to the district. In this connection, the collector briefed them various NREGS works being taken up in the district.

The collector said that the district possess vast potential for labour works in all the three areas-- delta, upland and agency areas. He further said that permanent assets have been created through NREGS works under convergence mode with the support of line departments. Watersheds in agency area and Gokulams were taken up with animal husbandry and dairy development departments under convergence have been yielding good results, the Collector said.

He told the team that mandal computer centres have been set up to extend technical support and nearly 2 lakh laborers are attending for various works in the district under the NREGS now. DWMA project director Venkata Ramana said that the audit team would visit the villages till May 9 to verify various works taken up under NREGS. Prahlad Singh, A Srinivas, N Venkata Subbaiah, other members of team, RDO G Rajakumari were present.