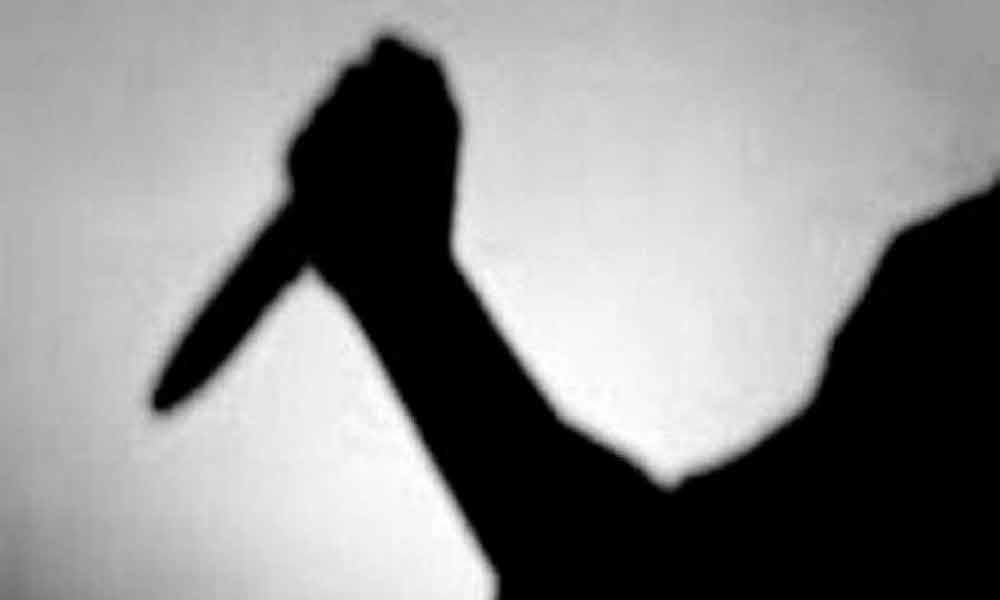 The police have cracked the murder case of an old woman, who was killed at Sainagar under Mummidivaram town in East Godavari district on March 13th.

The police have cracked the murder case of an old woman, who was killed at Sainagar under Mummidivaram town in East Godavari district on March 13th.

The accused was arrested and presented before the media on Tuesday. Speaking to the press persons at Mummidivaram PS, Amalapuram DSP SK Masum Basha disclosed the case details.

An elderly woman named Shyamala (65) was brutally murdered at her home in Sainagar on 13th of this month. On the incident, the police have registered a case and initiated the investigation.

During the investigation, the police found the accused as G Ramakrishna, who belongs to Marlapalem panchayat in Mummidivaram mandal. Ramakrishna is a good friend to Shyamala family. He often borrows money from them and returns back within a few days. In this context, the accused went to Shyamala's house on the 13th of this month and asked her some money, where she refused to give the amount.

With this, a heated argument broke between them, and Ramakrishna lost his cool and attacked her by hitting with a stone on her head. Later, he took away the gold ornaments, which were on her neck.

With the fear of the police complaint, he slit her throat with a knife and flew away from the spot. On Tuesday, the police arrested the accused, seized the gold and send him to the remand.