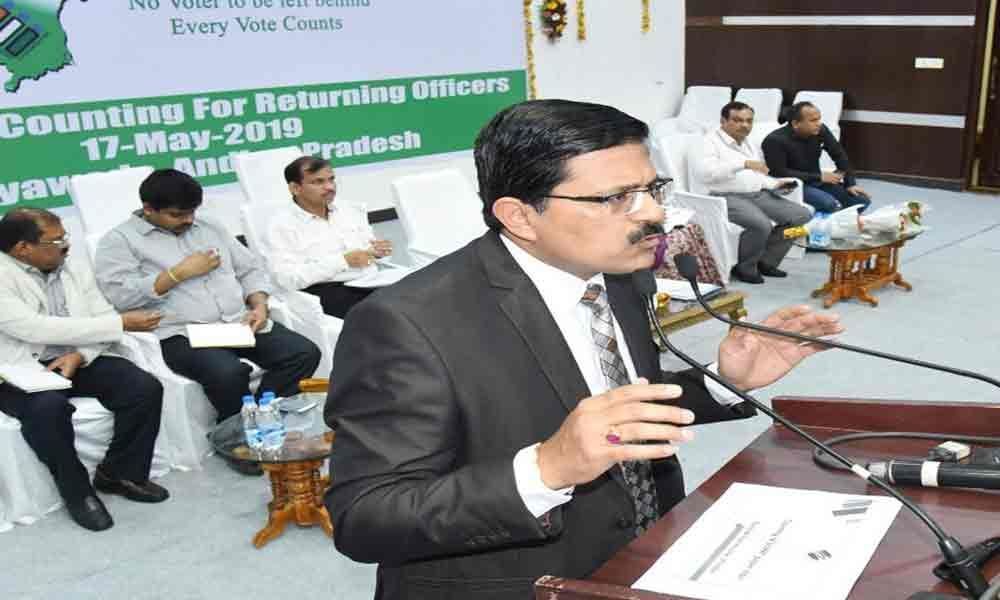 The Election Commission (EC) has conducted a state level meeting here on Friday with Returning Officers and Election Observers of 175 Assembly constituencies and 25 Parliament constituencies of the state on counting procedures.

He strictly instructed them to announce the results after completion of the counting process totally. He said that the officials should be kept in mind that no rewards would be given even if they announce the result in advance without completing the procedure.

The officials have responsibility to provide confidence among the contestants by doing their duties in transparent mode, he said. Election Commission of India IT director VN Shukla explained the Electronic Transmitted Postal Ballot System. He asked the officials to make ready computers first for counting system.

AP Chief Electoral Officer Gopalakrishna Dwivedi said that the officials should utilise the programme and clarify the doubts. He asked them to conduct the counting process as per the guidelines of Election Commission without giving chance to any kind of interruption. On this occasion, they displayed the model counting centre.