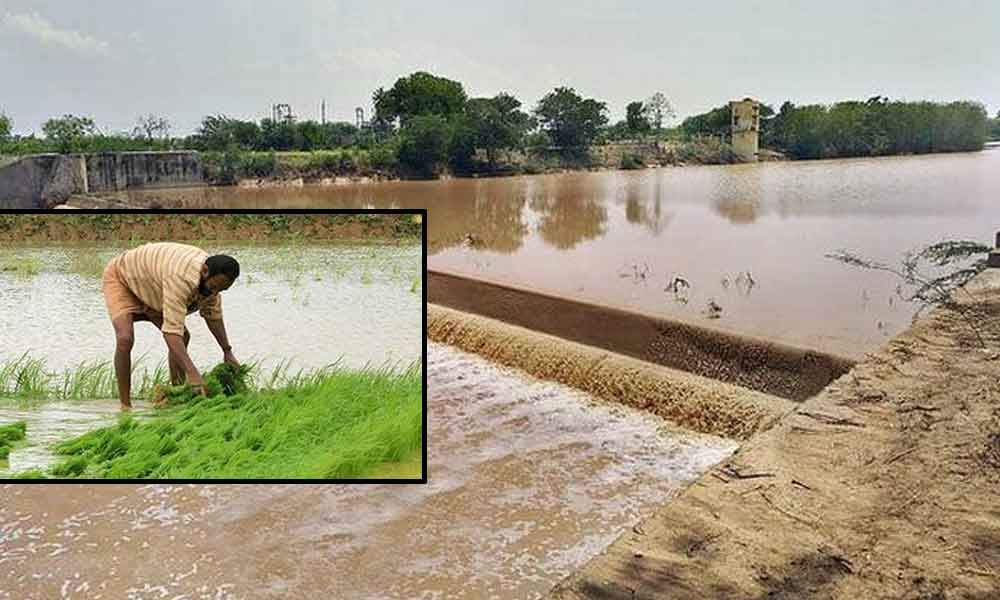 The rains with the influence of monsoons occurring since last five days brings cheer to the farmers who were in despair due to continues dry spell now they are preparing for Kharief crop in the district.

Kadapa: The rains with the influence of monsoons occurring since last five days brings cheer to the farmers who were in despair due to continues dry spell now they are preparing for Kharief crop in the district. Farmers of the district have proposed to irrigate around 1.50lakh hectors in the current season.

According to the metrological department district has received 22.4mm average rain fall on Wednesday. Popumamilla mandal received highest rain fall. Following arrival of monsoon farmers are high hopes on occurring sufficient rains as they are expecting good profits of their produce. "As per the met officials Kadapa district might have witness witnessed good rains as they will helps the farmers securing rich yielding of their produce. But the problem is agriculture department is not able to supply the seeds in time causes to prevailing unrest among the farming community" said AP Rythu Sangam district secretary B.Dastagiri. Reddy.

In most of the mandals crops are being irrigated under rain fed tanks, small water bodies, canals agriculture motor pumps."Cultivation has become like Gambling in Kadapa district. If it rains we have profits, otherwise we incur huge crop losses.It has become common practice to the farmers praying rain god for rains after planting seeds." Said R.Kameswara Reddy of Rayachoti Pandilla palli of Rayachoti mandal told.

Joint Director of Agriculture T. Murali Krishna said farmers need not worry over irrigating crops as the administration is ensuring all steps for supplying water in the Kharief season. He said there will be no scarcity of either seeds or fertilizers as government is keen on to supply them according to the requirement as per schedule. He said ayacut in the district increasing year by year as the government is keen on completing pending irrigation projects. The agriculture officer hoped that Kadapa district may have moderate rains in coming days so as the farmers get much benefited in the current Kharief season.