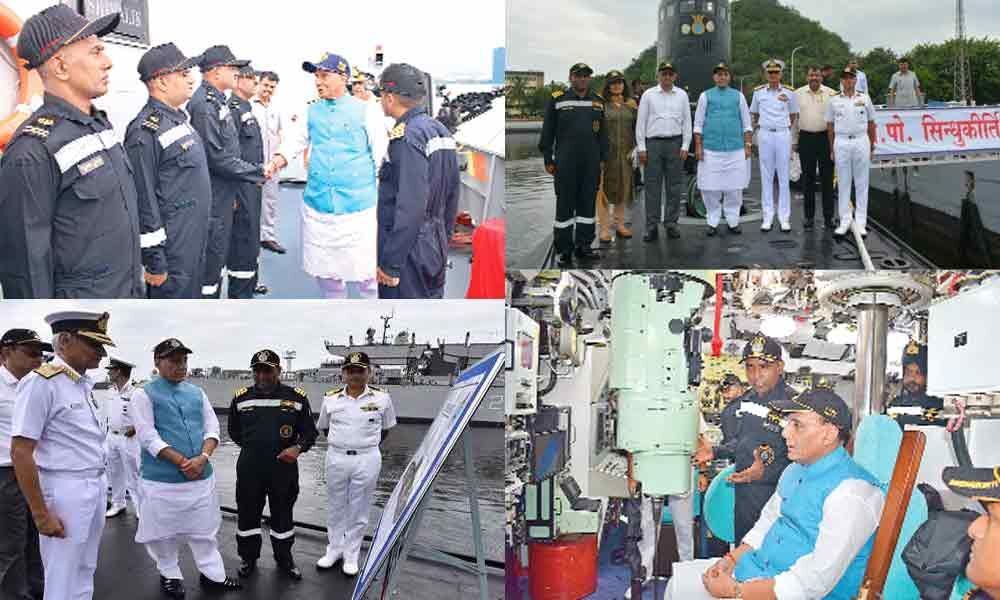 As a part of his two-day maiden visit to the headquarters of the Eastern Naval Command (ENC), the defence minister was briefed on the operational readiness of the command, coastal security and other aspects of maritime on the Eastern Seaboard on the last day of his visit.

During the guided tour of the ship and submarine, Rajnath Singh interacted with the crew members on board. He lauded the patriotic fervour of the sailors serving in the Indian Navy in maintaining constant vigil against maritime threat and safeguarding the nation's maritime interests.

Apart from highlighting the Indian Navy's significant role in implementing India's 'Act East Policy', the defence minister was also briefed about the Long Range Maritime Reconnaissance aircraft P-8I prior to his departure to New Delhi by a special flight.

On Saturday, the defence minister and Chief Minister Y S Jagan Mohan Reddy reviewed the progress of the ongoing infrastructure projects and proposals of the Indian Navy at the headquarters of the ENC.