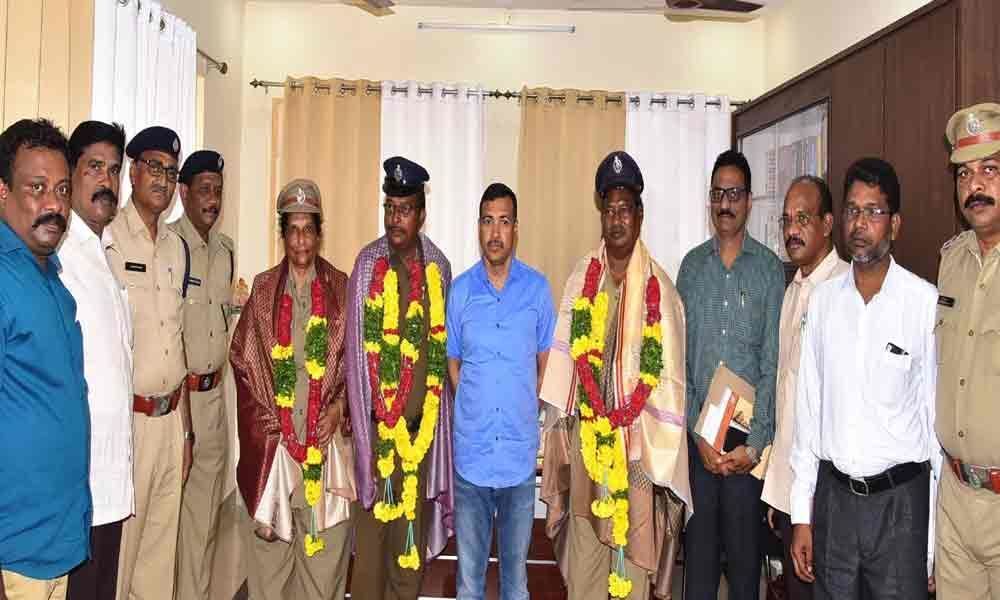 The Krishna District Superintendent of Police Sarva Sresht Tripathi has wished all the police personnel lead a very happy life after the retirement.

He said the government employees can do any business and choice of theirs, he added. Later SI V Rajya Lakshmi said that she had joined the department as a constable in the year 1983 and worked her service mostly in Vijayawada. Constables Ramesh and Shaik Khadar Basha shared their experiences and memorable moments on the occasion. After that, they thanked the SP for participating in the felicitation.