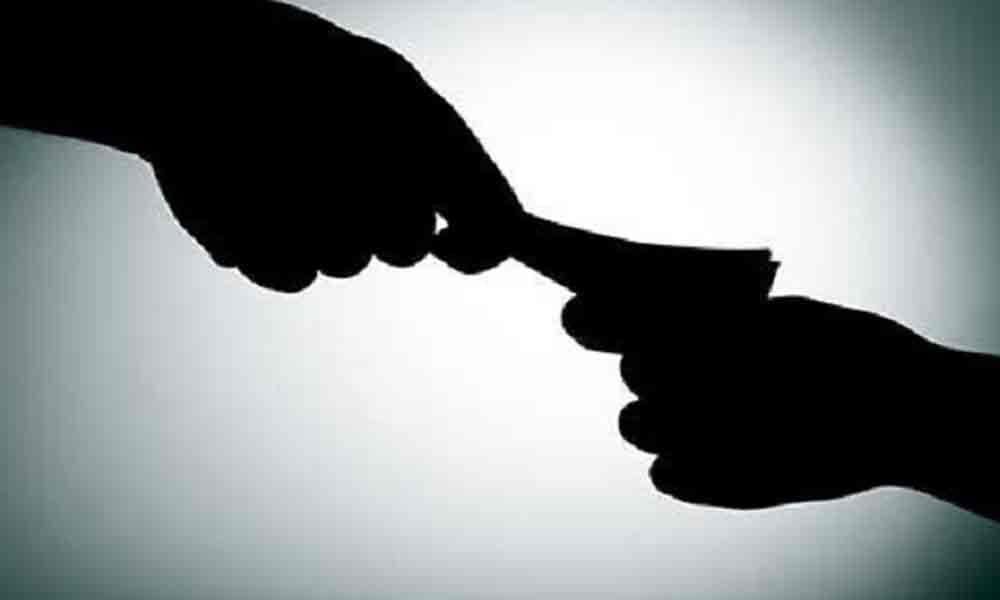 Visakhapatnam: A trap was laid on Thursday against K. Hari Gopal, revenue inspector, and K. Mahesh, tax collector, GVMC zone -III, on Thursday. Mahesh was caught red-handed by the Anti-Corruption Bureau (ACB) officials when he demanded and accepted bribe of Rs.1 lakh from a complainant G. Ravi for doing an official favour.

Based on the instruction of Hari Gopal, Mahesh received the bribe amount and kept it on his office table. Later, it was recovered by the ACB sleuths on the office table of the accused as phenolphthalein test yielded positive results. Both Hari Gopal and Mahesh were arrested and produced before the ACB court.