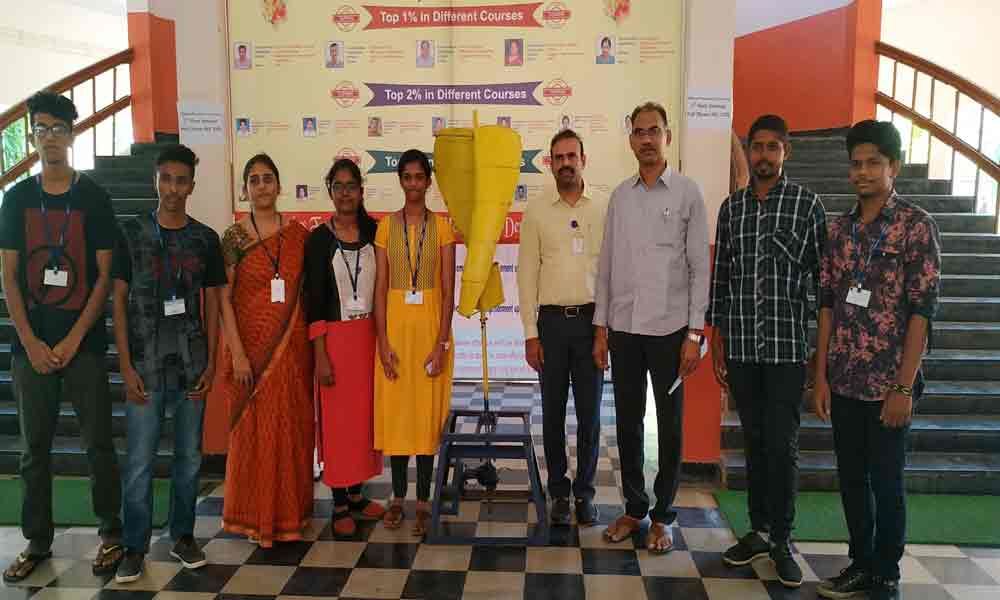 The students of PVP Siddhartha Institute of Technology, Vijayawada were shortlisted to participate in Smart India Hackathon (SIH) 2019, a Hardware Hackathon Grand Finale.

Vijayawada: The students of PVP Siddhartha Institute of Technology, Vijayawada were shortlisted to participate in Smart India Hackathon (SIH) 2019, a Hardware Hackathon Grand Finale. The finale would be held from July 8 to 12 and organised by Institute Innovation Council, MHRD, New Delhi, said Dr Jagadish Vengala, Head, EDC and mentor on Friday.

Briefing about SIH, Dr Jagadish said that it is a nationwide initiative which involved more than one lakh technical students, about 3000 technical institutions, and as many as 200 organisations from across the country. He said that 1,101 ideas were shortlisted in round 1 and out of which 172 ideas made up to the Grand Finale.

The team CIVIMECHOS made it to the grand finale. He said a total of 32 teams with about 90 ideas from the institute competed in both Software and Hardware editions. The team 'CIVIMECHOS' comprising of V Hema Varshini, Ch Suchita from the Civil Engineering Department and MSNS Harsha, K Madhavarao, M Vikas Das, K Sai Sankaran from the Mechanical Engineering department have come up with the idea of Vertical Axis Wind Turbine with Helical Twists which when placed on the dividers of highways takes the wind power from fast moving vehicles and generates remarkable amount of electricity which can be utilised for highway electrical lighting system.