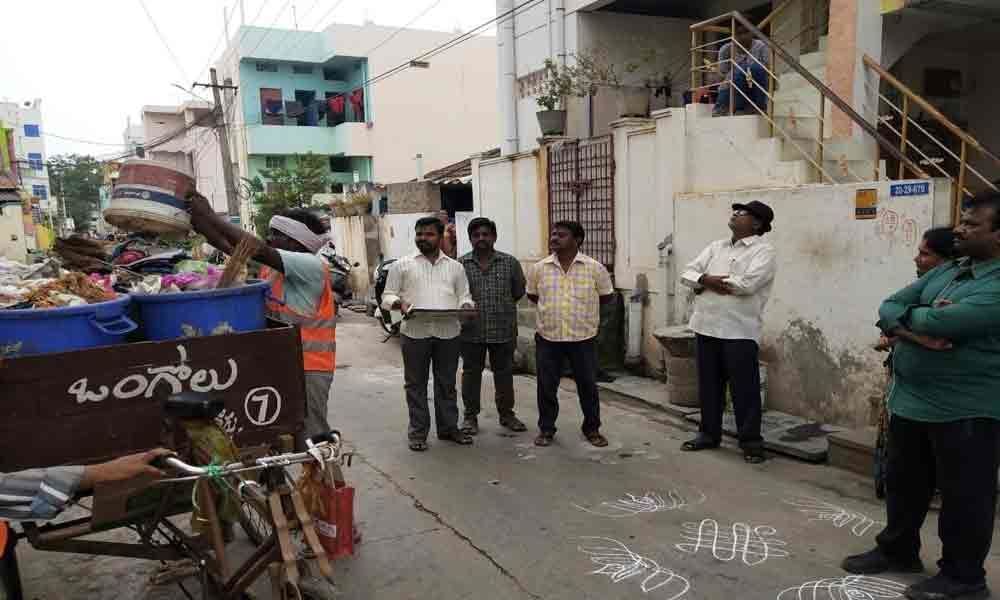 Ongole: In-charge commissioner of Ongole Municipal Corporation (OMC) T Brahmaiah inspected various areas as part of the special sanitation drive on Thursday. Inspecting the various clusters under Gopal Nagar, Brahmiah interacted with the locals and inquired about the regular waste collection by the sanitation workers.

The sanitation supervisor Mohan Rao and sanitation inspector Babji are also with the in-charge commissioner during the inspection.