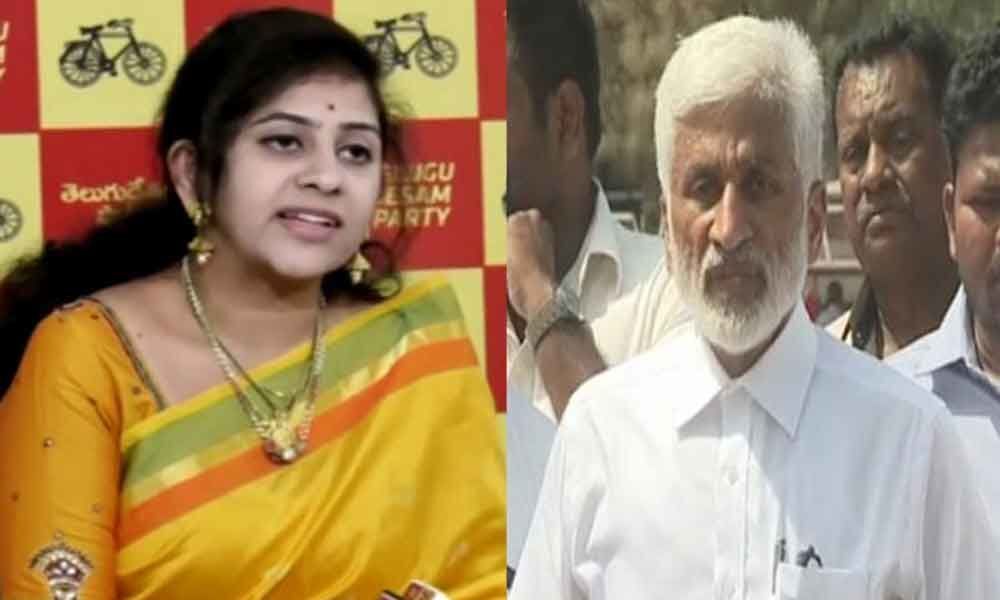 Speaking to media she said that MP Vijaysai Reddy who is doing hulchul over a tent collapse issue at the Secretariat. She questioned do he has not seen the cyclone Hudhud in the state?

She said that the Central has awarded the AP government over the implementation of the Employment Guarantee Scheme in the state.

She alleged that the YSRCP has even tried to stop the release of the funds. Sadineni also said MP Vijaysai Reddy has the only work to criticize TDP.

She said Vijaysai Reddy has changed his name to Visa Reddy. After the elections results on 23 May, its confirm that Vijaysai Reddy will flee to abroad, Sadineni Yamini said.