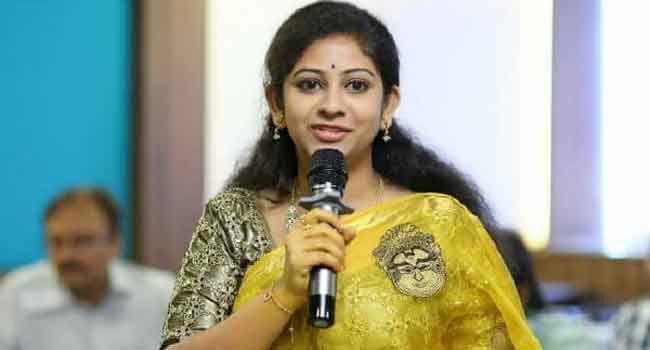 Over the film, the YSR Congress Party chief YS Jagan Mohan Reddy has extended his support to RGV and slammed AP government for opposing the press meet in Vijayawada. With this, the TDP leaders have targeted YS Jagan.

The TDP spokeswoman Sadineni Yamini has made allegations against the movie director Ram Gopal Varma on Tuesday.

YS Jagan who do not dare to question CM KCR over the deaths of inter students in Telangana. But supports a psycho director who tries to defame the image of CM Chandrababu Naidu with a useless film.

She also said to place to-let board to YS Jagan's house in Amaravati, because all the time he'll be in Hyderabad and after 23 May he has to come to AP as a tourist.

Now it will be interesting to see how RGV will respond to the comments of Sadineni Yamini.

It's known that RGV has announced that Lakshmi's NTR is going to be released on 1 May in AP. Regarding the movie promotion, RGV has organized a press meet at NTR Circle in Vijayawada on Sunday evening. The issue has started over the police spoiling the event.

As 144 section is imposed across the city, the Vijayawada police have not given the permission for RGV press meet at NTR circle.