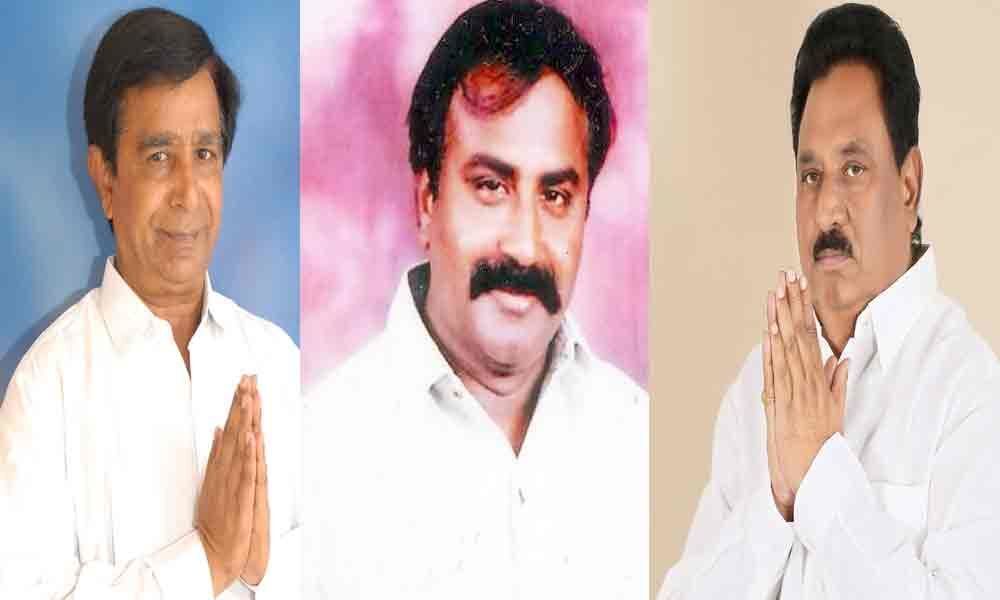 TDP senior leaders expressed divergent views on party’s debacle in April 2019 election results which were announced on May 23.

Chinarajappa said that people observed the performance of their representatives before casting their votes. ``Despite stiff competition, I have won from Peddapuram. I advise the leaders to talk less and give preference for development. I have taken up various development works worth of Rs 2,000 crore in Peddapuram Assembly constituency and maintained best relations with local people which helped me in winning the seat,'' he said.

Chinarajappa is hopeful of party staging a comeback. We will definitely perform much better in forthcoming elections for local bodies likely to be conducted in July, August this year, he said.

Commenting on the debacle, Chikkala observed that some MLAs among the Janma Bhoomi committees behaved with extra constitutional authority.

He also pointed out that non-implementation of the proposed change of candidates in more than 50 Assembly constituencies , lack of accountability on the part of officials who have just showed figures without ground reality are some of the reasons for TDP's loss. In addition, people wanted to give a chance to YSRC, he said.

Three term MLA and former State Planning Board Chairman Boddu Bhaskara Rama Rao observed that the increased corruption among some of the MLAs and among lower cadre at Janma Bhoomi committee can be pointed out as one of the reasons. Besides this, facilities provided to Kapu community people, including establishing Kapu Corporation, irked the people of BC sections who voted in favour of YSRCP. In addition, frequent criticism of Prime Minister Narendra Modi and YSRCP chief Jaganmohan Reddy by N Chandrababu Naidu is also one of the reasons for defeat, he said.

GUDA chairman and party senior leader Ganni Krishna said that the party leadership has taken several aspects in to consideration for poll drubbing. Distribution of money by YSRC in elections, the intention of people to give a chance to Jagan might be some of the reasons for TDP's defeat, he observed. Our leaders should have controlled the corruption at lower level in Janma Bhoomi committees, Ganni added.