This mountaineer has uphill task 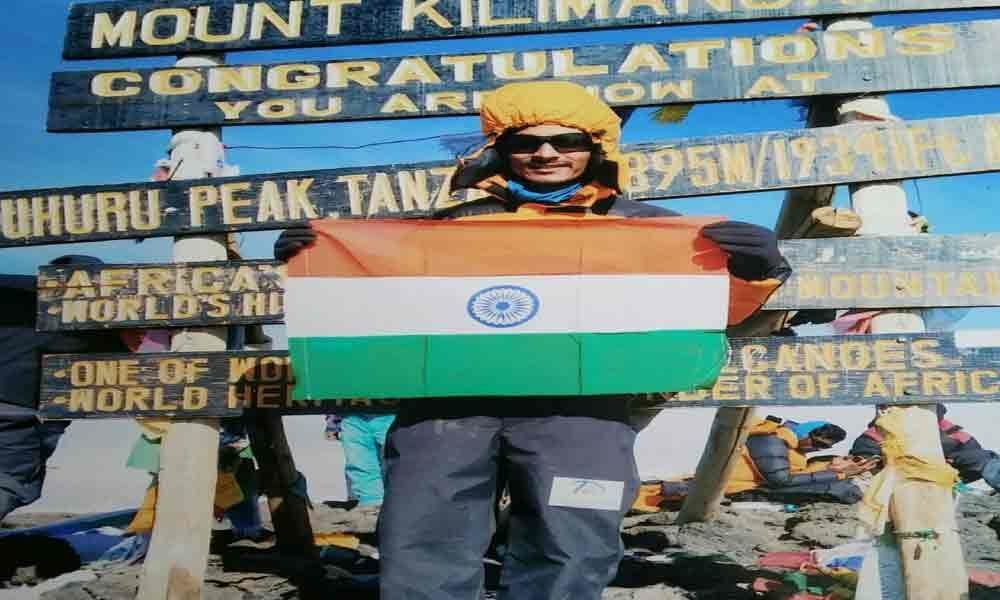 The 22-year-old Bhoolokam climbed the mountain in seven days and unfurled national flag there.

Srikakulam: Karajada Bhoolokam, the climber of Kilimanjaro Mountain in South Africa, has been looking for government aid for the last six months. Karajada Bhoolokam, a graduate from Korapam village in Amudalavalasa mandal, climbed Kilimanjaro Mountain on September 13, 2018. He was selected by youth services department officials of Srikakulam district for mountain climbing as part of encouragement of adventure activities.

The 22-year-old Bhoolokam climbed the mountain in seven days and unfurled national flag there. Later he was felicitated by several people's representatives. He met Chief Minister N Chandrababu Naidu on December 13, 2018 and sought his blessings. At that time, the Chief Minister assured to give Rs 2 lakh from the government to encourage poor youth.

Since then he has been eagerly waiting for government aid. Due to lack of clear direction to any particular department for payment of aid to mountain climber even CM's recommendation kept in cold storage. Officials have no clarity on payment provision under which account the aid should be paid.